Though we’ll probably never see the return of Google Reader, the company has tossed its users a bone in the form of a new Follow button on Chrome. The feature is only available on Android at this time, though it is now present in the browser’s stable build. The feature’s rollout to everyone follows the company’s test earlier this year.

The new Chrome Follow button is exactly what it sounds like: a dedicated button that allows Chrome users on Android to follow a website’s RSS feed. Updates from followed websites appear in a new dedicated feed called “Following” found on the new tab page, making it easier for users to stay up-to-date on fresh content from the websites they follow.

It's on already for some % of people, or you can enable it in chrome://flags under "web feed" (Chrome 94+ for Android). To follow, click on the three dot menu and use the Follow button at the bottom. iOS version coming soon. pic.twitter.com/IJeQh1DJMe

The Follow feature is rolling out to Chrome stable for Android; assuming you already have access to it, you’ll see the option by tapping the triple-dot menu in the browser’s upper right-hand corner, then scrolling to the bottom of the menu. If you don’t yet see the Follow button, you can manually enable it.

The feature hadn’t yet made its way to Chrome on my device, but following the details shared by Chrome software engineer Adrienne Porter Felt made it possible to manually enable the feature in less than a minute. Open a new tab and type in chrome://flags, then search for the term “web feed.” 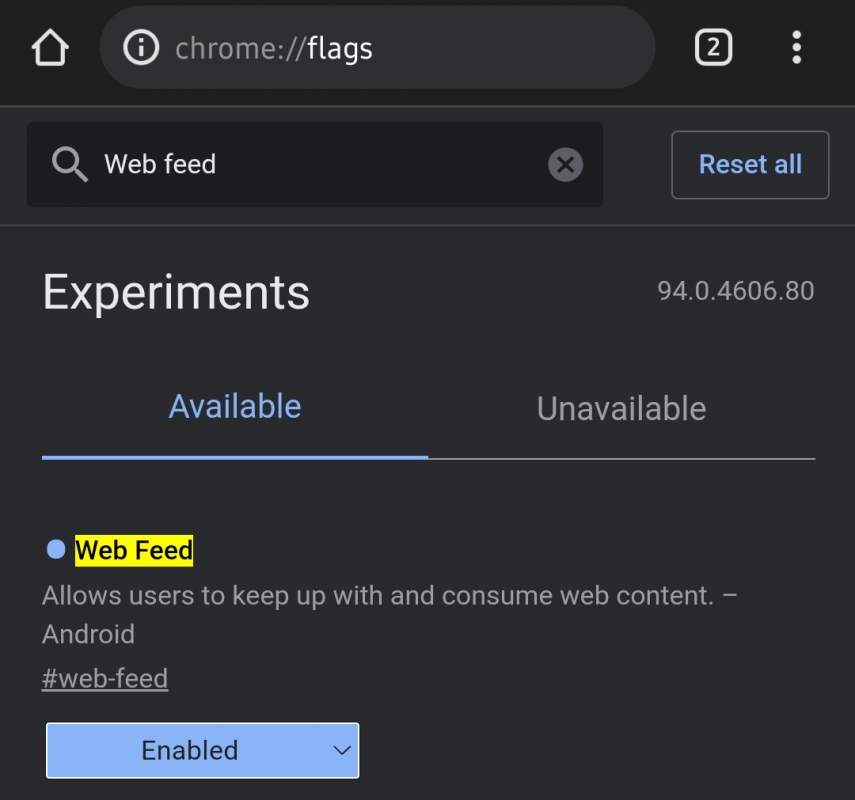 Tap the drop-down box and select “Enabled” to turn on the follow button, then tap the “relaunch” button when prompt to automatically close and reopen Chrome. The triple-dot menu will feature the Follow option when Chrome restarts, after which points users merely tap the button to follow the sites they like. Chrome users on iOS will have to wait until sometime next year to get access to the feature.