The second day of Google I/O has kicked off with a keynote focused on Chrome. After highlighting some impressive milestones for Chrome over the past year, which more than doubled in user base from 70 million last year to now 160 million users, they proceeded to demo a new API and new graphics acceleration and native browser 3D support.

There are hundreds of API collaborations that the Chrome team is working on, but the one they chose to highlight at the keynote was the speech input API. Using this API, you can speak what you want to input instead of typing. Despite the echo chamber of a arena where the demo took place, the API worked smoothly. 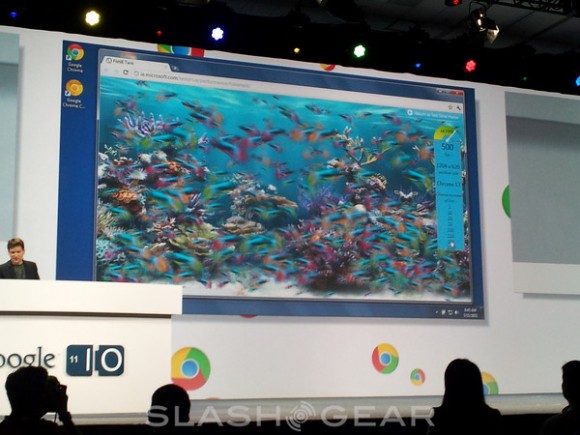 The graphics acceleration improvements of Chrome were demonstrated using the swimming fish test, where multiple sprite animations of fish swimming in a tank are used to test the browsers graphics abilities. This was a slight jab at Microsoft’s fish bowl test for Internet Explorer. At one point, using WebGL, the browser was able to handle up to 10,000 sprites and still maintain 30 fps. 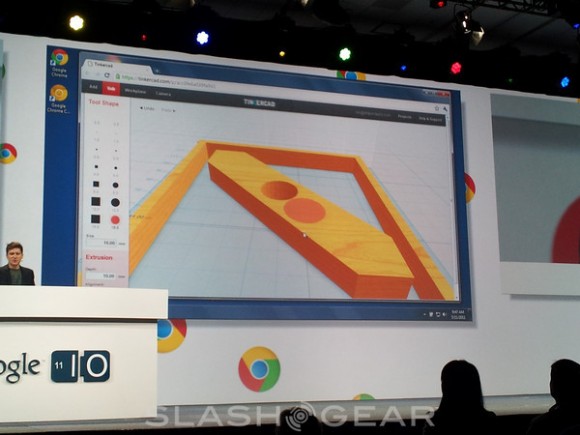 But WebGL can be used for more than just sprite animation. It’s also good for 3D support. 3D support was demonstrated via a browser based app TinkerCAD, that allowed 3D modeling and rendering natively in the browser without the need for plugins.