Chrome browser now warns users when their passwords have been stolen

Google has detailed the changes and new features that have arrived in its Chrome web browser. Most notable among the changes is a new feature that warns users when their passwords have been stolen, helping protect them from identity theft and other issues that can result from compromised credentials. In addition, Google is making it easier to see whose profile is signed in at any given moment and more.

Online accounts hold vast amounts of information on any given person, including their spending habits, medical records, entertainment preferences, and more. As well, certain accounts may contain personal information that includes everything from one’s address to Social Security numbers, making it particularly important to keep the accounts secure. 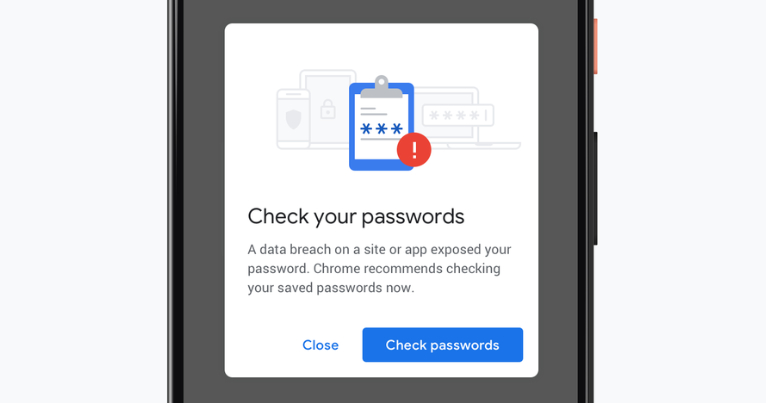 Despite that, many people have had their credentials compromised due to phishing scams, poor password habits, and more. Most of the time, these compromised individuals aren’t aware of the fact that their information has been leaked, leaving them vulnerable to identity theft, financial fraud, and more.

Google has announced that Chrome will now alert users when their information has been detected in a data breach. The warning includes a link for checking which passwords may have been compromised. The tech first debuted under the Password Checkup extension, later arriving in Google accounts.

In addition to the password warnings, Google says that Chrome now gives users real-time phishing protection, assuming they’re using the browser on desktop, plus the company has expanded its predictive phishing protections. You must be signed in to your Google account in Chrome and have Sync turned on to benefit from this feature, however. Finally, Google has tweaked the avatar design in Chrome to make it easier to see which account is currently signed in.