Nielsen studied the consumption of China’s Central Television (CCTV) versus online media platforms during the Chinese New Year Gala (NYG). The numbers have shifted this year, with more and more Chinese adopting technologies that allow them to stream the video on-demand through a computer instead. The Nielsen study concluded that while CCTV still had more viewers than the online media counterparts, the change in the numbers between 2010 and 2011 definitely suggest that more Chinese are switching to other platforms for delivering their media. 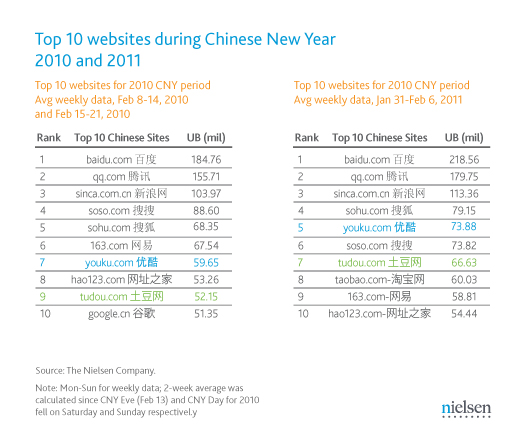 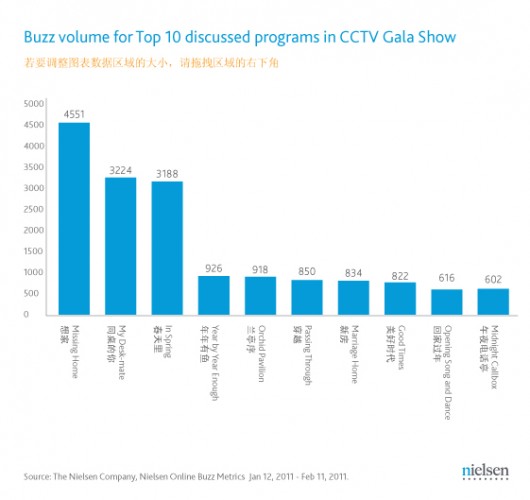 11 percent of Shanghai homes simultaneously used the Internet while watching the Gala show.