The Chinese government has just sent out a joint notice to gaming companies, demanding that they provide parents with a method of monitoring, limiting and- if necessary- cutting off their child’s access to the game. The Ministry of Public Security and seven other departments signed on to the notice, which has a deadline of March 1.

Gaming addiction is considered a serious social problem in China. They have 33 million teenage “Internet addicts”. The Chinese Academy of Social Sciences suggests less than 2 hours per week of online gaming, and no more than 10 yuan ($1.50) per month in online gaming. I don’t know many kids who spend less than two hours per day gaming online over here.

If the loss of productivity and occasional violent fight in an Internet cafe aren’t enough of an issue, the popular response to the “internet addiction” epidemic has been terrifying. Children across China have been sent to “Internet Rehab” camps. Most of these are basically boot camps for children, with a healthy portion of torture thrown in for good measure.

Two instructors for these camps were sent to prison last year after they beat a 15-year-old to death in some sort of punch-based therapy gone awry. A different camp fell under a mutiny by 14 angry and abused “patients”. 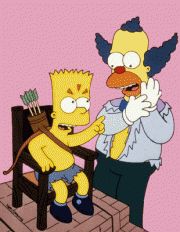