On Saturday, April 4, a wildfire appeared within the 1,000-square mile exclusion zone near the Chernobyl Nuclear Power Plant. On Monday, NASA shared an initial satellite image showing the fire, which is still taking place as of Friday. Updated satellite images on the fire were captured on Thursday, April 9, showing more smoke spread across the landscape.

According to NASA, the Suomi NPP satellite operated by the space agency and NOAA captured an initial image of the wildfire on April 5. The fire is located in Ukraine not too far from the Chernobyl Nuclear Power Plant within the exclusion zone, the site of the nuclear disaster that happened in 1986. As of April 6, the wildfire had measured approximately 250 acres in size. 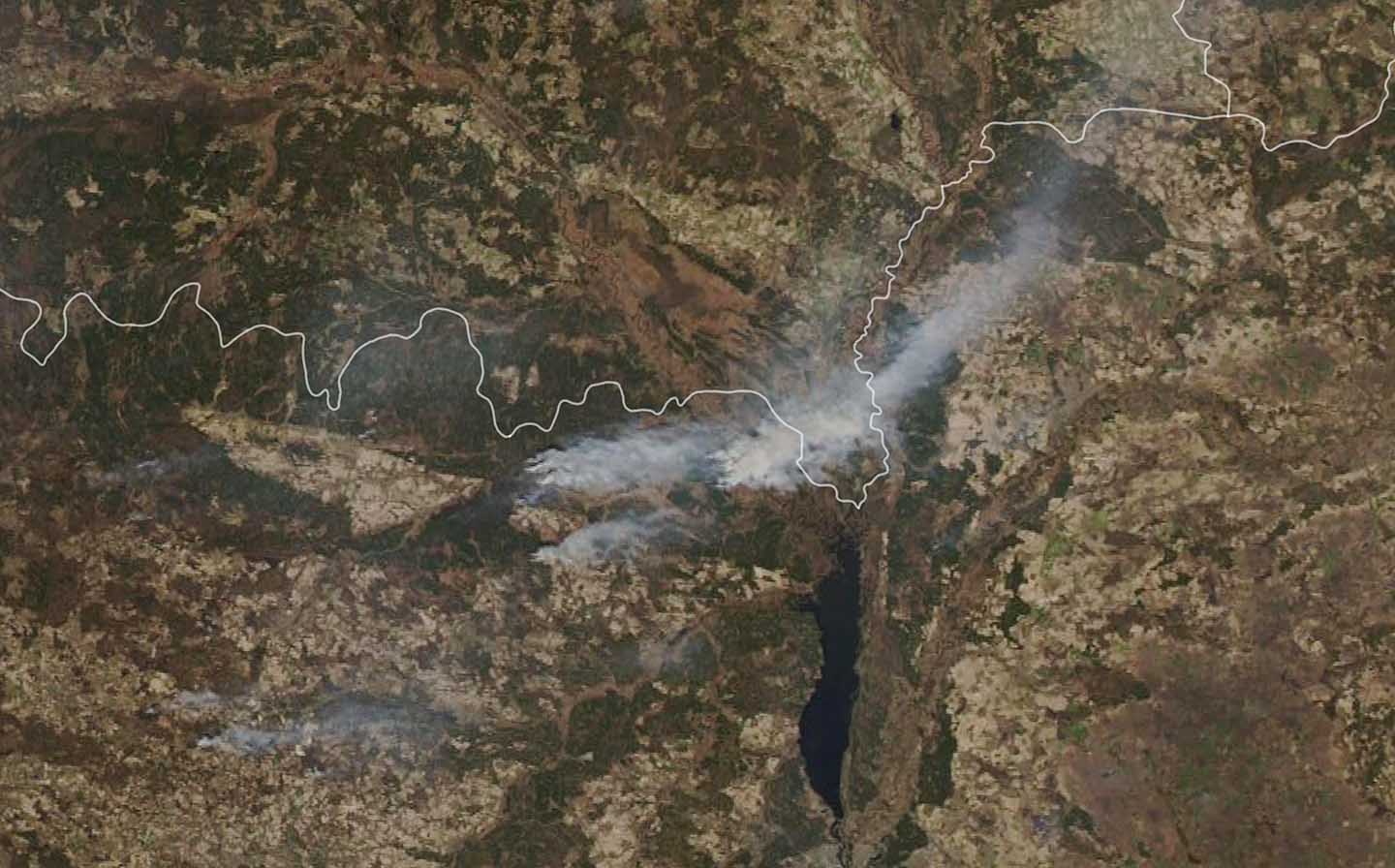 Fast-forward to the end of the week and NASA is back with updated satellite images and information. According to the data posted on NASA’s Earth Observatory website, the agency’s Aqua satellite has used its Moderate Resolution Imaging Spectroradiometer (MODIS) instrument to capture natural-color images of the wildfire. Current weather conditions are causing the smoke to gravitate up toward the Belarus border. 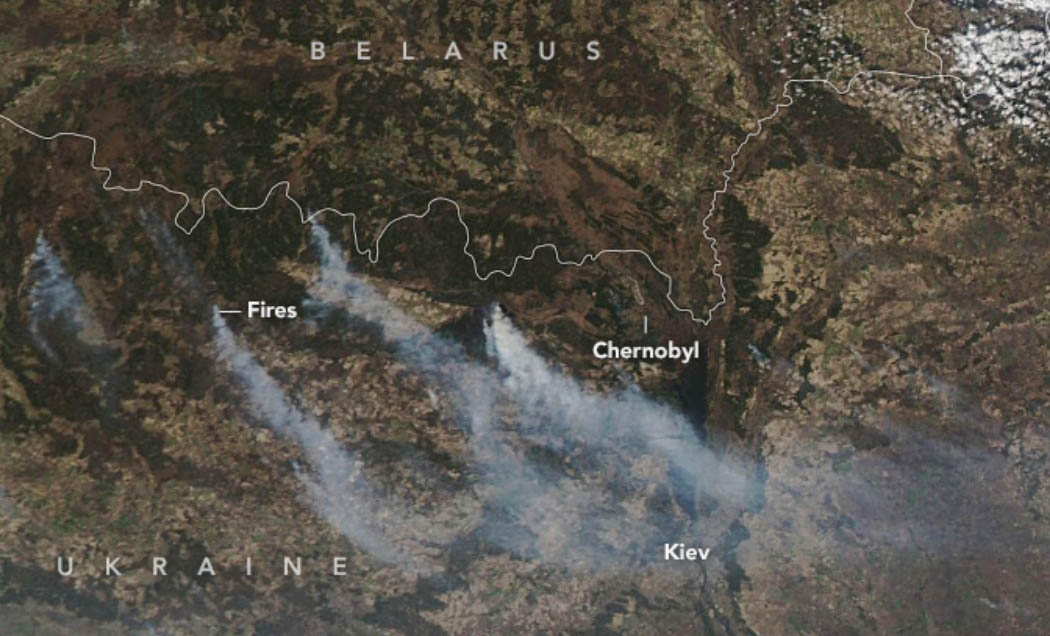 On April 10, the Ukraine State Emergency Service published a notice stating that its firefighters continue to battle the wildfire. Nearly 400 firefighters have been deployed and more than 100 units of equipment are in use, according to government officials. Helicopters and other aircraft are being used to douse the landscape with water, as well.

Officials have been testing the nearby city of Kyiv for background radiation and found that it remains within the normal range. Radiation levels within the exclusion zone, however, have jumped 17 times higher than usual, from a normal level of 0.14 to 2.3. This spike was observed in the center of the wildfire, which is around 60 miles away from the city.