Casio is back with a new limited edition version of its G-Shock watch, one that features that retro NASA ‘worm’ logo and other iconic design elements. The watch is designed to pay homage to the space agency, according to Casio, which says that it has already seen ‘overwhelming demand’ for its product. The model will be available again soon; here’s what you can expect when it returns.

The Casio G-Shock DW5600NASA20-7CR model comes with an all-white design that only deviates with the presence of an American flag icon on the band loop, the words ‘National Aeronautics Space Administration’ printed down the side of the wristband, and the red ‘worm’ NASA logo that has been revived for use during the space agency’s Artemis lunar efforts. 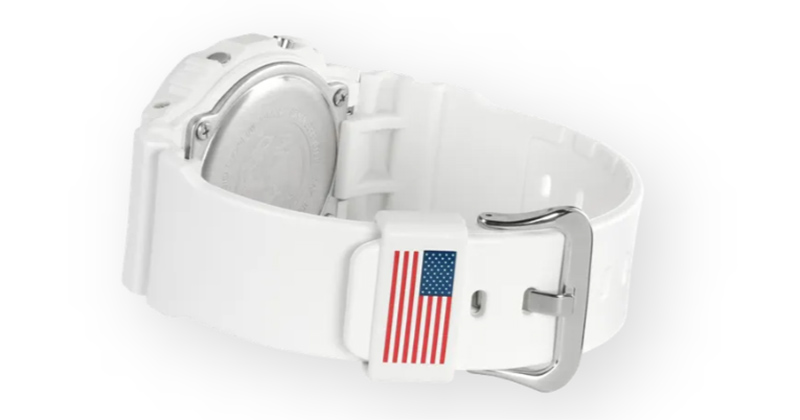 In addition to the elements on the front of the watch, the G-Shock NASA model also features a Moon image engraved on the case back. Similarly, a Moon image also appears on the digital display when it is illuminated. Design aside, the G-Shock watch offers fairly standard features, including an EL Backlight with Afterglow and Flash Alert.

As well, the watch also features 12-hour and 24-hour time formats, a multi-function alarm, countdown timer, and 1/100-second stopwatch. The model is water-resistant to depths of 200 meters (approximately 650ft) and it is shock resistant.

The model is available on the Casio website now for $130 USD, but it is currently back-ordered until the second week of May. This isn’t the first product we’ve seen hit the market with NASA imagery. Many companies sell NASA-themed items that include coffee mugs, hoodies, jackets, and more. NASA itself maintains an online shop with gear, as well.