Carbon Black is a wheelchair designed to look modern and minimalistic, a change up from the long-held traditional wheelchair design that is both antiquated and heavy. Because Carbon Black is made nearly entirely from carbon fiber, it sheds most of that weight at a little under 19lbs. This makes the wheelchair light enough for users to handle it themselves, putting it in and removing it from vehicles, for example. In addition to the ultra light weight and modern design are integrated LED “headlights”.

Carbon Black is a modular wheelchair with an adjustable backrest, as shown in the video below. The use of carbon fiber is said to make the Carbon Black more energy efficient than ordinary wheelchairs, and to allow the device to better absorb bumps and vibrations. 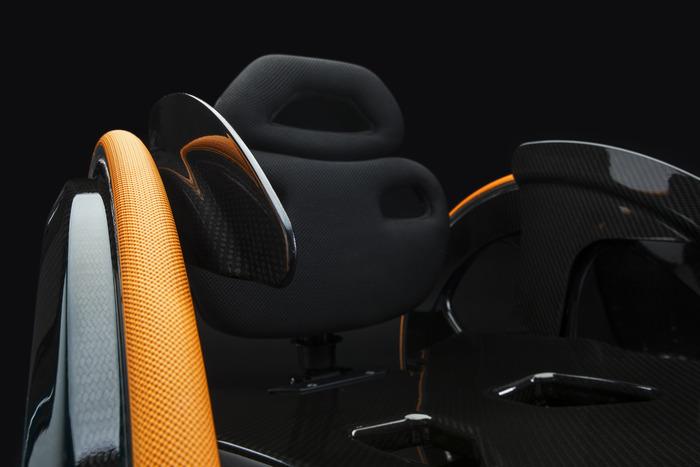 As show in the first picture, users can choose to have LED lights included on the front of the chair, which makes it easier to navigate at night and in low-light locations. The lights are controlled through a switch in the seat.

Carbon Black is a finished product, but isn’t yet available in the US. The makers are seeking funding through Kickstarter, where it has a £15,000 goal with about £726 in pledges and 15 days remaining. The money raised will be used to pay for an FDA application and other processes to bring the wheelchair to the States. The campaign is offering various items and parts in exchange for pledges, and you’ll need to shell out £4,700 to get the components to assemble your own Carbon Black wheelchair.