Canon has launched its new EOS Rebel SL3, a compact DSLR for entry-level users. The new model is the lightest and smallest in the EOS camera family, according to Canon; it features the DIGIC 8 Image Processor, an APS-C image sensor, and a vari-angle LCD. Among other things, this model will allow photographers to capture 4K content and utilize some advanced functions.

Canon offers a number of DSLRs, some quite large and expensive. The new EOS Rebel SL3 is different, targeting photographers who are new to the profession and in need of a camera that won’t break the bank. The new model brings a number of notable features with it, including the ability to continuously shoot up to 5 frames-per-second.

In addition, the EOS Rebel SL3 is the first in the overall EOS lineup to offer Dual Pixel CMOS AF with Eye Detection AF in Live View. As well, this camera is the first EOS SLR to add the Smooth Skin setting and Creative Assist for easily checking and changing shooting conditions in the Live View shooting mode.

These features are joined by a 24.1-megapixel CMOS APS-C sensor. Thanks in part to the DIGIC 8 processor, the newest Rebel model supports 4K video recording, including capturing 4K time-lapse movies. This is the same image processor previously launched in the EOS M50 and the EOS R full-frame mirrorless system. 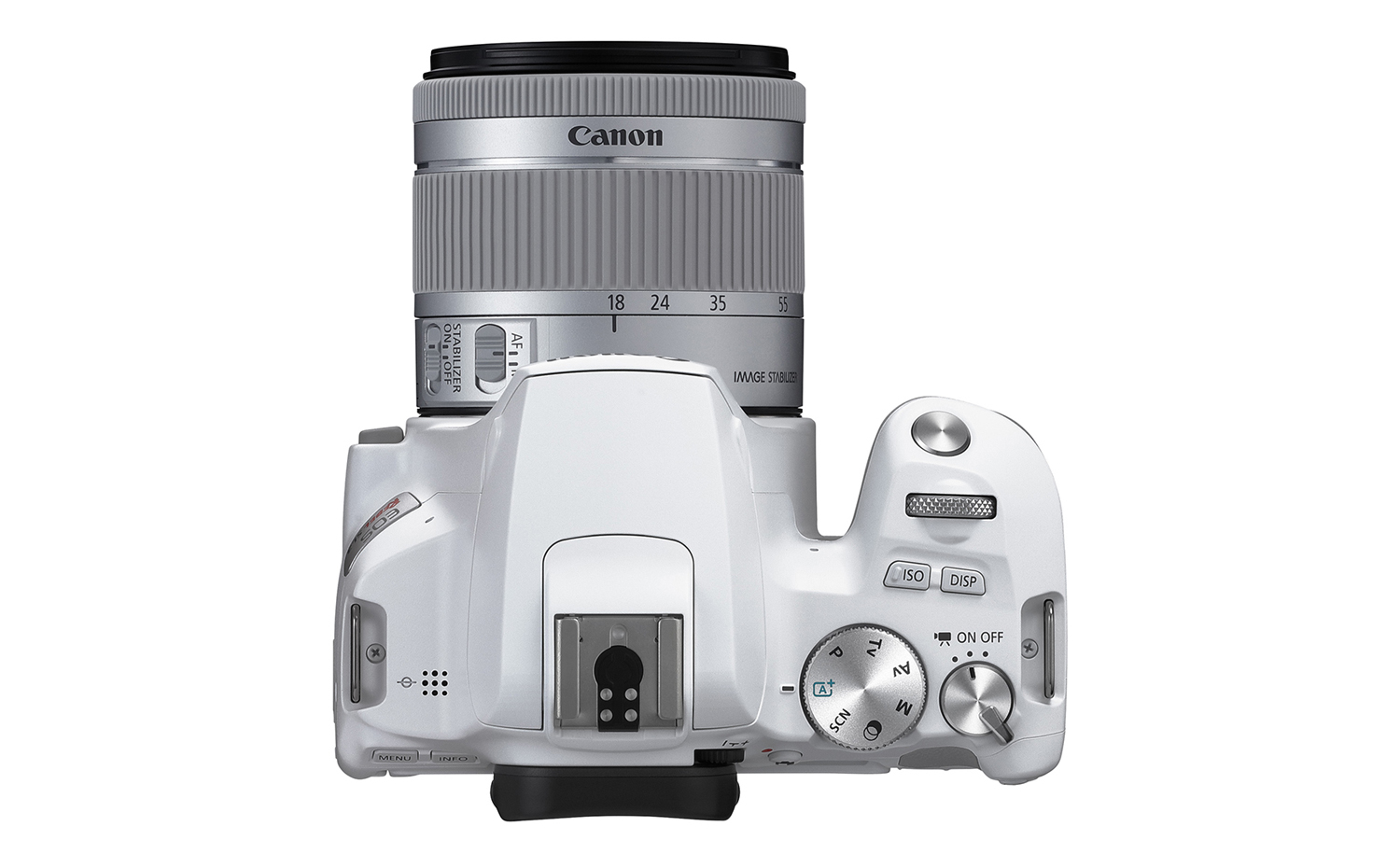 Other features include a 3-inch vari-angle LCD touch display alongside an optical viewfinder, WiFi, and support for Canon’s EF and EF-S mount interchangeable lenses. Finally, Canon has included Feature Assistant with the new Rebel model, which guides new users and offers them tips to help support their photography, as well as Digital Lens Optimizer for in-camera optical shift correction.

The Canon EOS Rebel SL3 will be available later this month, but Canon hasn’t provided a firm launch date. Both black and white camera color options will be available. The body-only price sits at $599.99 USD, but there will also be the option of bundling the camera with an EF-S 18-55 F4-5.6 IS STM lens for $749.99 USD.