They are as follows: the SD890, SD790, and SD770. All of those model names also have Canon, PowerShot, IS, Digital, and ELPH all thrown into each of them somewhere as well, there’s more than that which they all have in common as well.

They all have Motion Detection Technology, Optical Image Stabilization, Canon Face Detection Technology, and Canon’s DIGIC III image processor. Starting with the SD890 it has: a 10MP image sensor, 5x optical zoom, 2.5” PureColor II LCD display, and will be available in early April for an MSRP of $399.99. 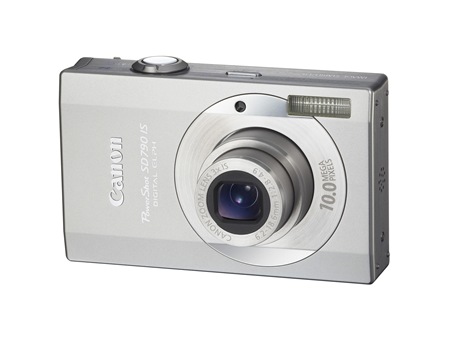 Moving on to the SD790 which has the following features: the same 10MP image sensor, a lower 3x optical zoom, a slightly larger 3” screen, and an earlier launch date of “end of March” for an MSRP of $349.99. Lastly, the SD770 possesses the power of the following features: the classic box and circle design, the 10MP image sensor, the thinnest body of any optically image stabilized ELPH model ever, 2.5” screen, 3x Optical Zoom, an optical viewfinder, and a launch date and price of mid-April for $299.99. 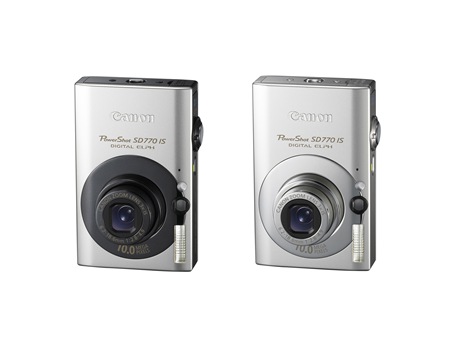