Researchers from Caltech have built a new bipedal robot that leverages a new type of locomotion, making it nimble and capable of completing complex movements. The robot is called LEONARDO, which stands for LEgs ONboARD drOne, but the team calls it LEO. Their robot can perform movements that some humans have difficulty with, including walking on a slackline, hopping, and riding a skateboard.

LEO is the first robot utilizing legs with multiple joints and thrusters with propellers to achieve high degrees of control over its balance. Project researchers were inspired by the way birds flap their wings and hop when navigating telephone lines. They describe that behavior as a complex way of moving somewhere between walking and flying.

The team sought to study the interface of walking and flying from the standpoint of dynamics and control. At their core, bipedal robots can navigate complicated real-world terrain using the same sort of movements humans rely on. However, typically rough terrain poses a significant challenge for bipedal robots.

LEO relies on a method of locomotion somewhere between walking and flying. The legs used for the robot are lightweight and remove stress from thrusters by supporting the bulk of the robot’s weight. The thrusters are controlled synchronously along with leg joints giving the robot impressive balance.

Depending on the terrain encountered, the robot can walk or fly and blend the two types of locomotion when required. LEO is 2.5-feet tall and has three actuated joints on each leg. It also features four propeller thrusters mounted at an angle at the shoulders of the robot. Those propellers keep the robot upright as it walks while the leg actuators keep the center of mass forward, utilizing a synchronized controller for walking and flying. 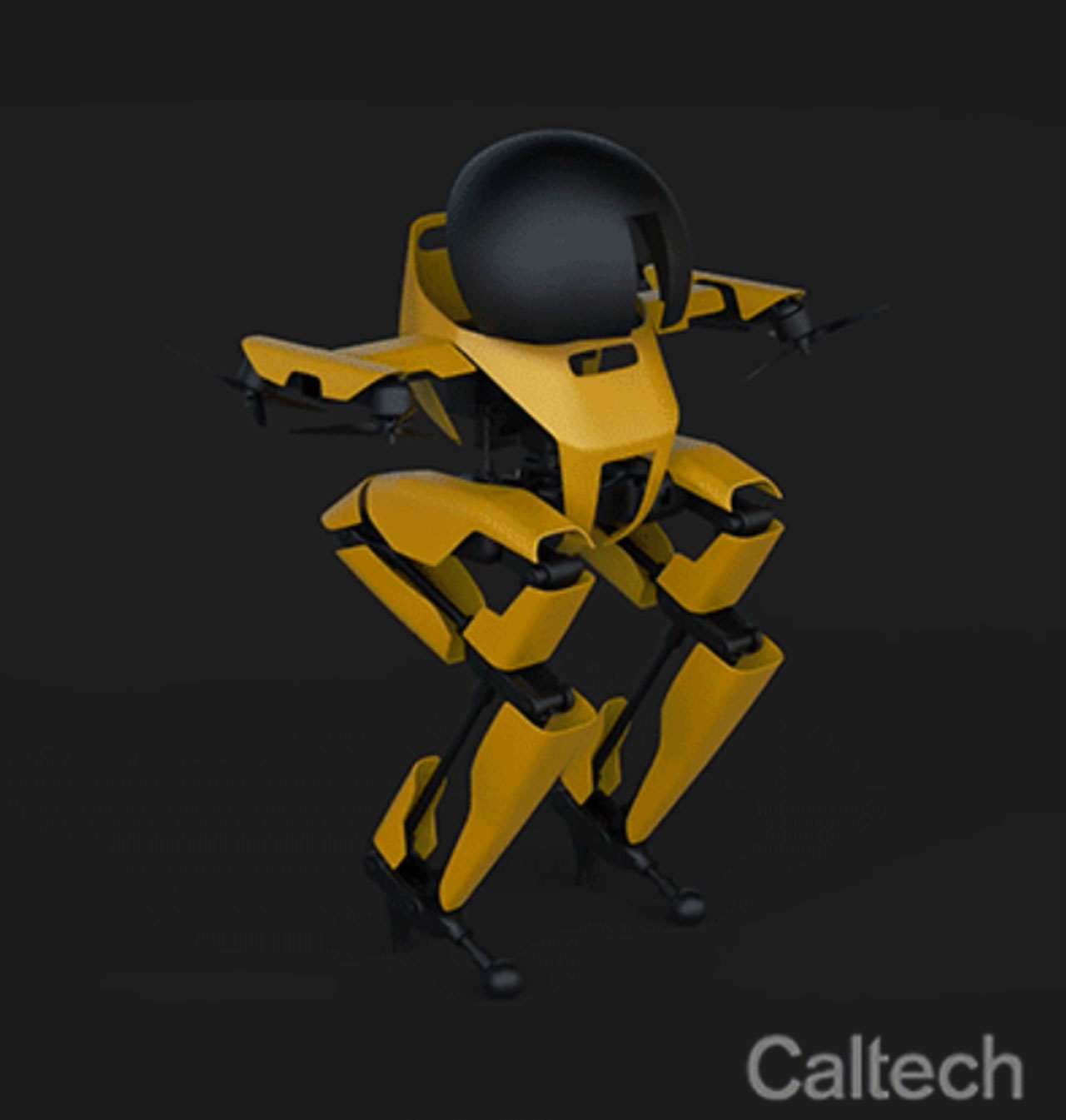 When flying, the propellers power the robot like a drone. Future research will improve the robot’s performance by utilizing a more rigid leg design that can support more of the robot’s weight while increasing the thrust created by the propellers.