With the release of Call of Duty: Black Ops Cold War coming up in a couple of weeks, Activision and Treyarch have shared several lists of required PC specifications. Not only do these requirements cover minimum and recommend specifications, just like we’re used to seeing, but they also have a dedicated list for recommended settings with ray tracing, a competitive spec, and an “Ultra RTX” spec that requires top-of-the-line hardware.

Regardless of the requirements you’re attempting to meet, one thing is clear: Black Ops Cold War is going to take up a ton of space on your PC. At launch, the full game will take up 175GB, though multiplayer only accounts for 50GB of that total. If you decide to roll with the ultra RTX spec – which will allow you to play “at a high FPS in 4K resolution with ray tracing” – you’re looking at a total footprint of 250GB. This is only the starting size too; we can expect the footprint of Black Ops Cold War to grow even larger with post-launch updates. 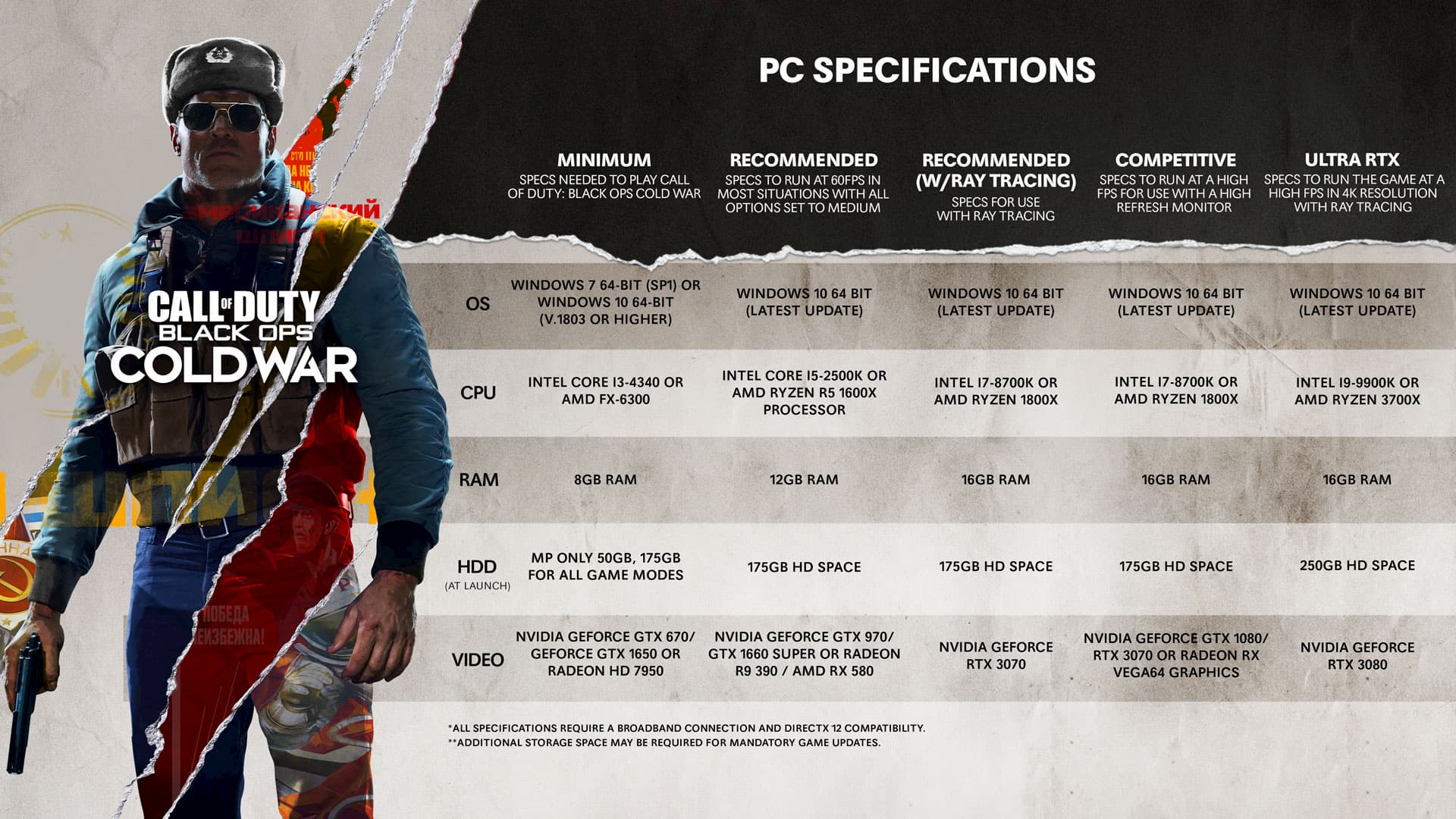 If you want to meet the recommended spec for ray tracing, the hardware requirements go up considerably. For that, you’ll need an Core i7-8700K/Ryzen 1800X, 16GB of RAM, and a GeForce RTX 3070 (but good luck finding one of those). The competitive specification, which is defined as “specs to run at a high FPS for use with a high refresh monitor,” includes same CPU and RAM requirements as the recommended ray tracing spec, but drops the GPU requirements to a GTX 1080/RTX 3070 or a Radeon RX Vega64 GPU.

Then we come to the big one: Black Ops Cold War‘s Ultra RTX spec. For this one, you’ll obviously need some expensive hardware, including a Core i9-9900K/Ryzen 3700X, 16GB of RAM, and an RTX 3080 GPU. We’re sure all seven people who managed to snag an RTX 3080 before they sold out will be looking forward to running this game in its Ultra RTX spec.