As promised, Activision and Treyarch have revealed the multiplayer component of Call of Duty: Black Ops Cold War, and as is usually the case with these Call of Duty reveals, there’s a lot to go over regarding the game’s multiplayer. For starters, the companies have confirmed that Black Ops Cold War will be a cross-platform, cross-generational game, meaning that not only will you be able to party up with friends regardless of the platform they’re on, but you’ll also be able to take your progress with you in the event you switch platforms. 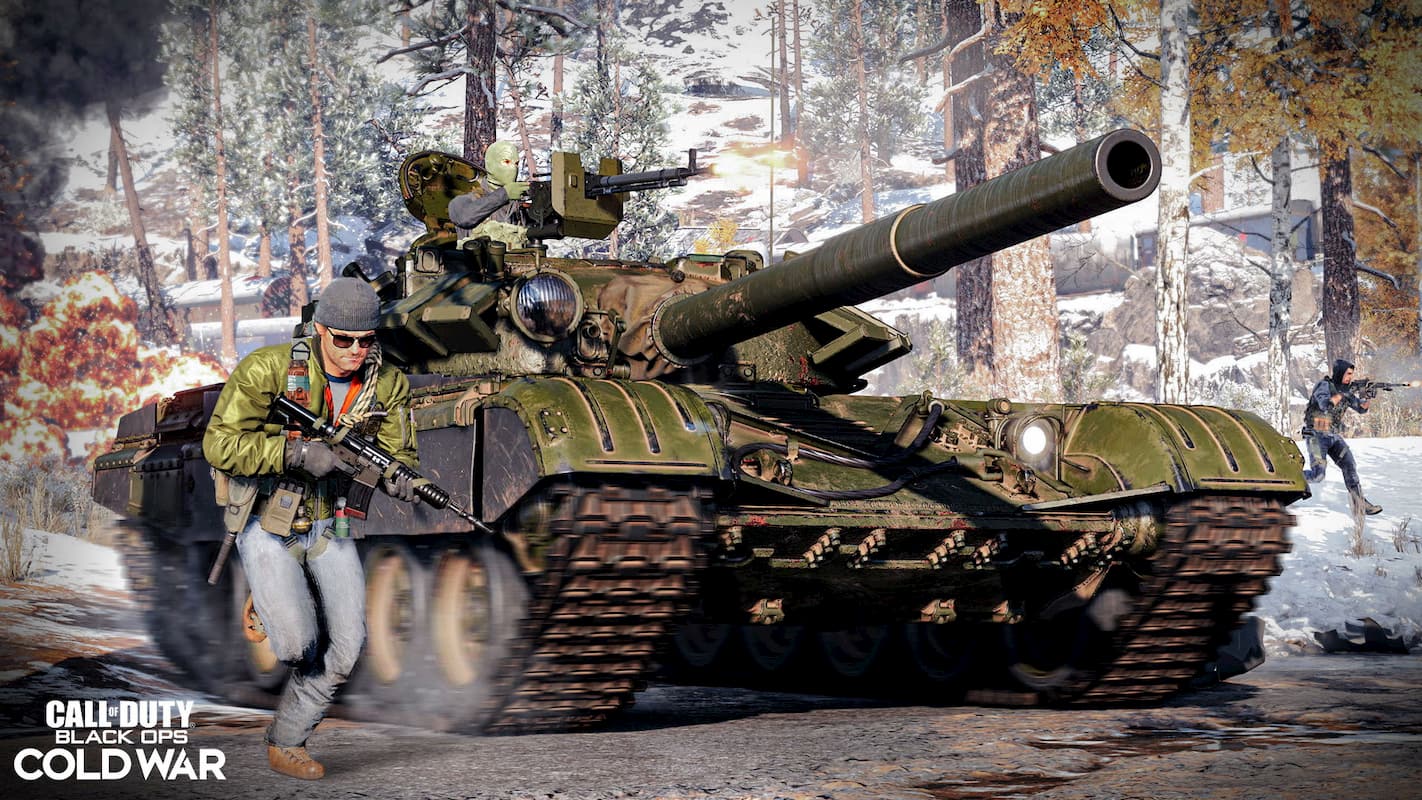 In addition, we’ll see new battle passes that can be progressed by playing both Black Ops Cold War and Warzone, with Activision once again confirming that battle passes will be the post-launch monetization method for Black Ops Cold War. “There will not be a Season pass model,” Treyarch wrote in a blog post today. “Post-launch Multiplayer maps and modes will be free and given to all players simultaneously on all platforms.”

As for the non-Warzone multiplayer we can expect in Black Ops Cold War, today Activision and Treyarch confirmed a number of maps and game modes. There are five maps in all that were revealed today: Armada, which is set in the North Atlantic ocean and will have you ziplining between boats; Crossroads, which is set in Uzbekistan and sees NATO forces fighting with a Soviet convoy; Miami, where CIA special forces will have a nighttime showdown with DGI forces; Moscow, which hardly needs any introduction; and finally Satellite, which will take you to the deserts of South Africa. 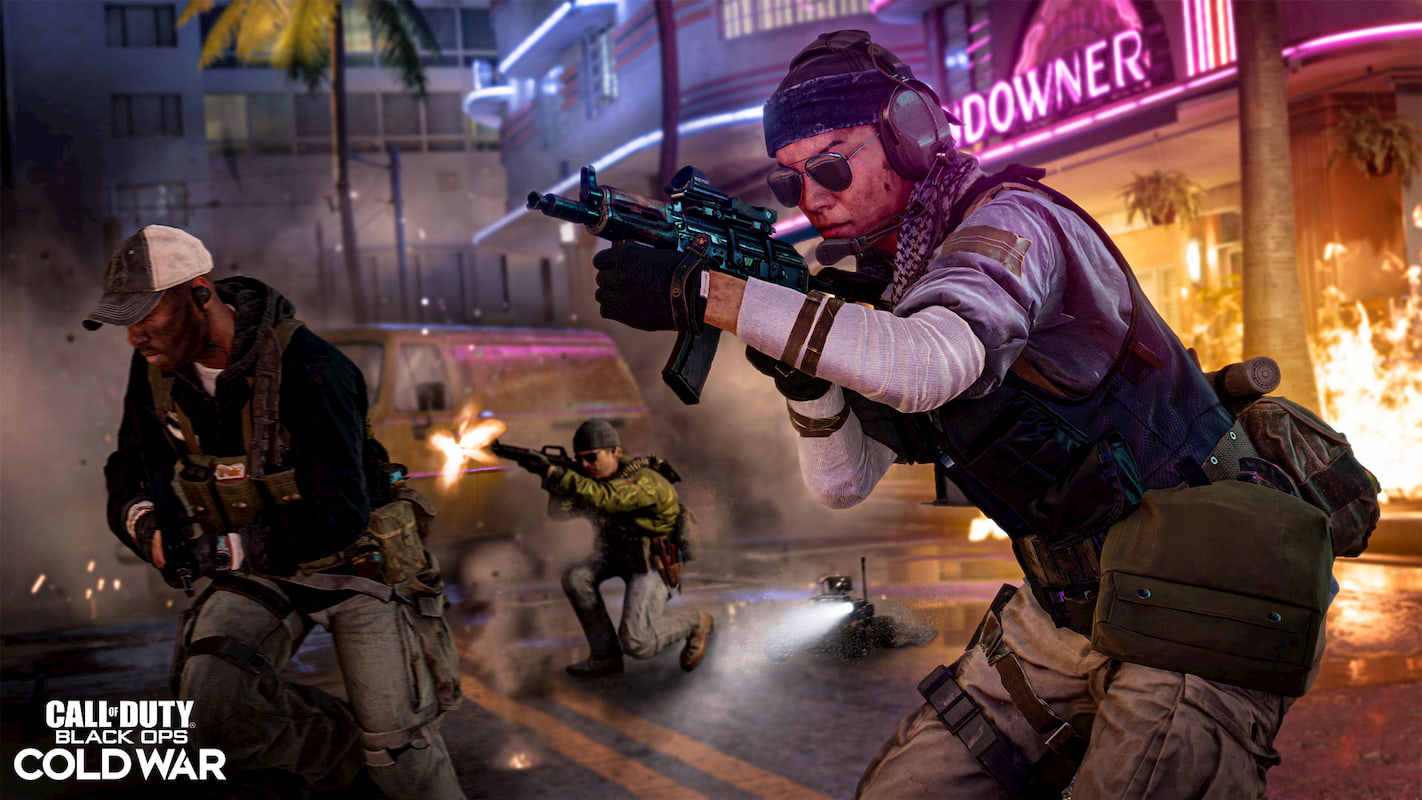 Treyarch says that a number of multiplayer modes are returning for Black Ops Cold War, including Team Deathmatch, Search & Destroy, Domination, and Kill Confirmed. There were three new modes revealed today, with the first being VIP Escort. In this mode, we’ll see two teams of six fighting to either escort a lightly armed VIP player to an extraction point or to eliminate that VIP before they reach their target.

Combined Arms is the second mode revealed today, and there we can expect 12v12 battles with a focus on vehicular combat. The vehicles players have access to will change with the map, so you might not see your favorite vehicle in each match. Finally, we have Fireteam, which will pit four teams of 10 against each other – more details on that mode are coming soon, according to Treyarch. 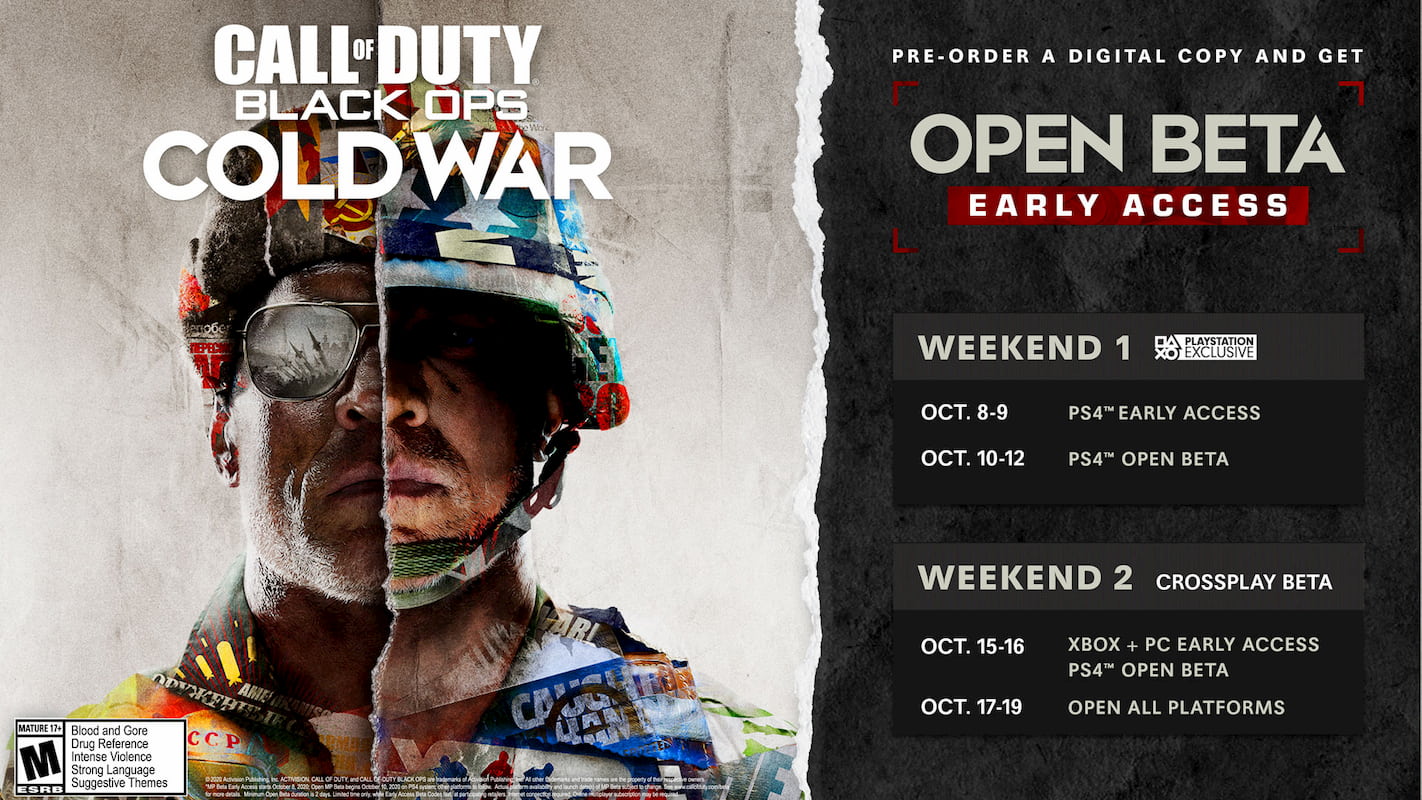 In addition to explaining new modes, maps, and player loadouts, Activision and Treyarch also revealed the beta dates for Call of Duty: Black Ops Cold War. There will be two beta “weekends,” though since each weekend will run five days, it’s more of a beta work week. The first weekend will be exclusive to PlayStation 4 owners. Those who pre-ordered the game will get access from Thursday, October 8th through the 9th before the beta opens to all PlayStation 4 players from Saturday, October 10th to the 12th.

The following week is when we’ll get to test out cross-platform play. The entire second weekend will be an open beta weekend for PlayStation 4 users, running October 15th-19th. Those who pre-ordered on Xbox One and PC will get early access on October 15th and 16th, with the beta then opening for everyone on all platforms for the remaining three days.

There was definitely a lot of information shared today, and you can read more about this multiplayer reveal over on the Call of Duty website. Call of Duty: Black Ops Cold War is out on November 13th, 2020 for Xbox One, Xbox Series X/S, PC, PlayStation 4, and PlayStation 5.