Yahoo, once a giant and a darling of the Internet, has a reverse Midas touch these days. Anything it touches seem to be in danger of dying, one way or another. And, yes, that includes Yahoo itself. Although Tumblr still has a massive following, it has recently fallen out of favor among netizens and has even gained a questionable reputation. In order to adapt to the the latest trends, most of which revolve around video chats and live streaming, Tumblr has launched Cabana, which, in a nutshell, lets you watch a video with friends while also having a video chat with them.

Cabana’s use case is both strange and curious at the same time. Most social networks with video capabilities revolve around doing two things: live streaming or video conferencing. In most cases, however, those are two mutually exclusive activities.

But what if you wanted to show a video to your friends while you’re chatting with them via a group video chat? You’re pretty much out of luck. That is, until Cabana came along. A brainchild of fashion site Polyvore, which is also owned by Yahoo, Cabana is the virtual equivalent of watching the same videos with your friends, who may be a mile, or even half a world away.

Although it is being launched under Tumblr’s brand, it is distinctly different form the way Tumblr works. Whereas Tumblr mostly involves strangers who stumble upon common interests, which, of late, may be of the NSWF kind, Cabana is clearly aimed at groups who know each other. At least well enough to be comfortable seeing each other’s faces. It is almost as un-Tumblr as a Tumblr property can be, though only time will tell if it will gain the same notoriety. 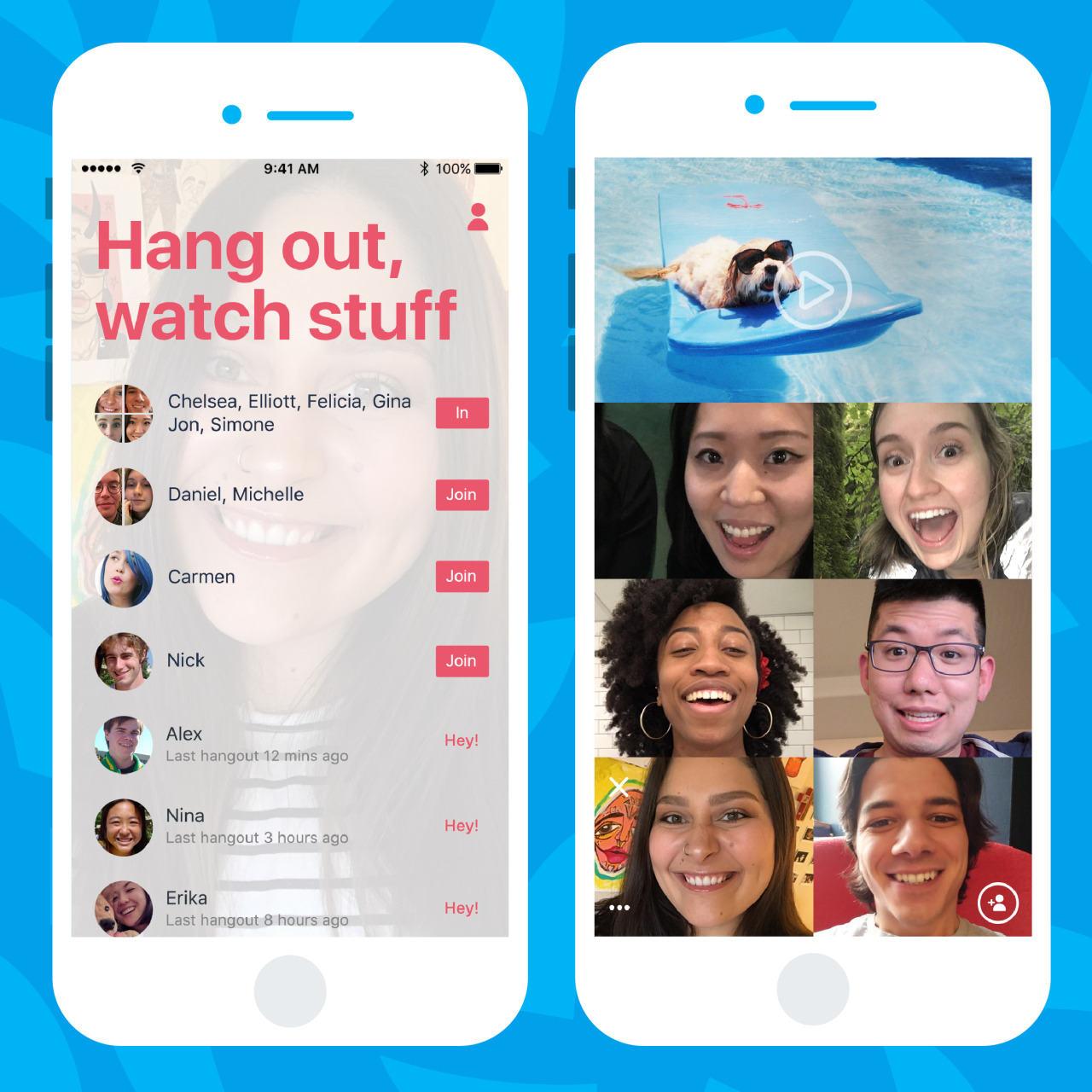 Cabana is currently available only on iOS, but an Android app is promised to come in a few weeks. Tumblr promise more features to come, though it’s hard to imagine how far you can go with the idea.