As the name suggests, when Bugatti began designing the car in 2019, it was seeking to break the 300 mph barrier in a straight line. Ultimately, the car was able to exceed that speed setting a new world record of 304.773 mph. Bugatti says the Chiron Super Sport 300+ is the fastest hyper sports car it has ever produced, noting that it is excited to deliver the first vehicles to customers.

To reach such a high top speed, the vehicle has an 8.0-liter W16 engine that makes 1600 PS. Its output is 100 PS higher than that of the regular Chiron. The incredible performance of the car required significant engineering work and thermal management for the engine and gearbox.

Bugatti also refined the software used to control the engine, gearbox, powertrain, and turbochargers in its quest to reach over 300 mph. Lots of aerodynamic work was required to allow the vehicle to reach its top speed while remaining stable. The car features a Longtail rear end that extends the body by 25 centimeters. 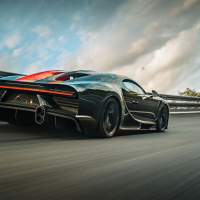 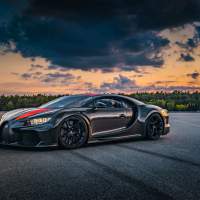 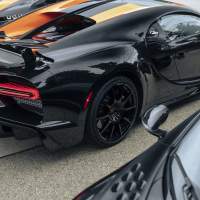 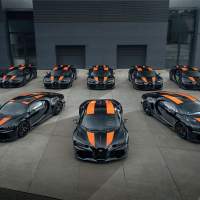 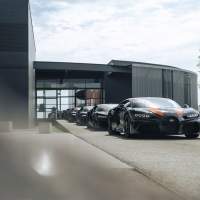 The extended body allows the laminar flow to pass over the vehicle’s body longer, reducing aerodynamic stall by over 40 percent. Bugatti also utilized air curtains at the car’s front corners to reduce air pressure along its sides. Other aerodynamic touches include air outlets in the wheel arches and behind the front wheels. Those features help reduce drag and create negative lift. All versions of the car have a body made of exposed carbon fiber with a Jet Orange racing stripe. Chiron Super Sport 300+ units cost 3.5 million euros each.