Ford has confirmed that the two and four-door Bronco SUVs are prewired from the factory with an electrical harness that allows easy customization. The Bronco has six prewired overhead upfitter switches in the main fuse box, allowing the configuration of fuses for each of the switches. Ford has also installed five factory harness connections for simplifying the routing of power around the vehicle.

This means that Bronco buyers who plan to fit their SUV with lights and other accessories on the outside won’t have to drill to add switches or wiring to the vehicle. The six auxiliary switches are mounted in the overhead console, and the five factory-installed harness connections extend from the front to the rear of the vehicle.

For the connecting of various lights, the 2021 Bronco has a connection in the A-pillar for an overhead light bar, pod lights, or spotlight. At the back in the cargo area is pre-wiring for an extra light or to power accessories like camping refrigerators. Ford installed a connection point for accessories and/or the rear harness connection inside the glove box.

The prewired upfitter switches come standard on Black Diamond, Wildtrack, Badlands, and the First Edition. The First Edition is the limited-edition run of Bronco models with Ford previously confirming 7000 will be built, twice its original expectations. 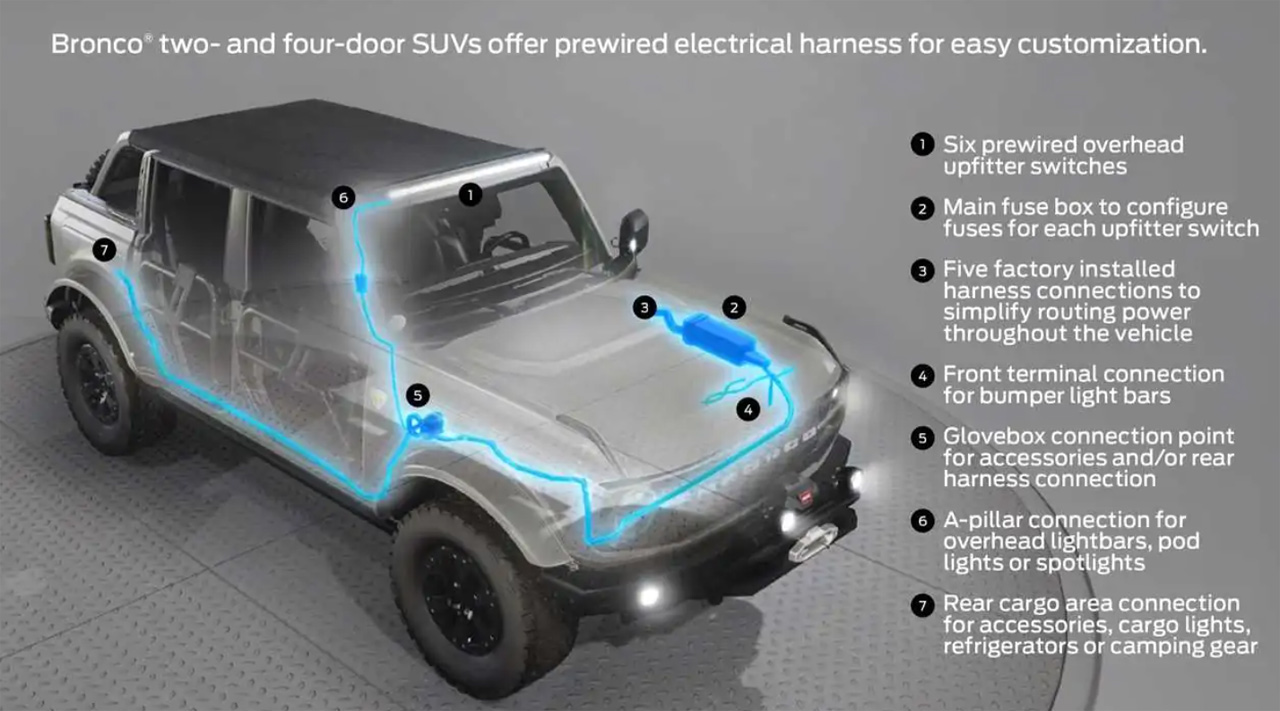 The good news for Bronco fans who want to purchase the base version or Outer Banks model is that the prewired electrical harness can be added for an additional cost. The Blue Oval plans to begin shipping the first Broncos soon despite having to shut down its Michigan Assembly Plant later this month because of a semiconductor shortage. The first Bronco models will be delivered this summer.