The NASA Dawn spacecraft orbited very close to the dwarf planet Ceres located in the asteroid belt between Mars and Jupiter. Dawn’s mission ended in October 2018, and near mission completion, the orbiter was circling Ceres at an altitude of less than 22 miles above the surface. The close orbits gave scientists extremely clear images.

One of the mysteries the images raised was what caused the bright spots on the surface of the dwarf planet. Researchers have now determined that the broad areas are deposits made mostly of sodium carbonate. Sodium carbonate is a compound of sodium, carbon, and oxygen. 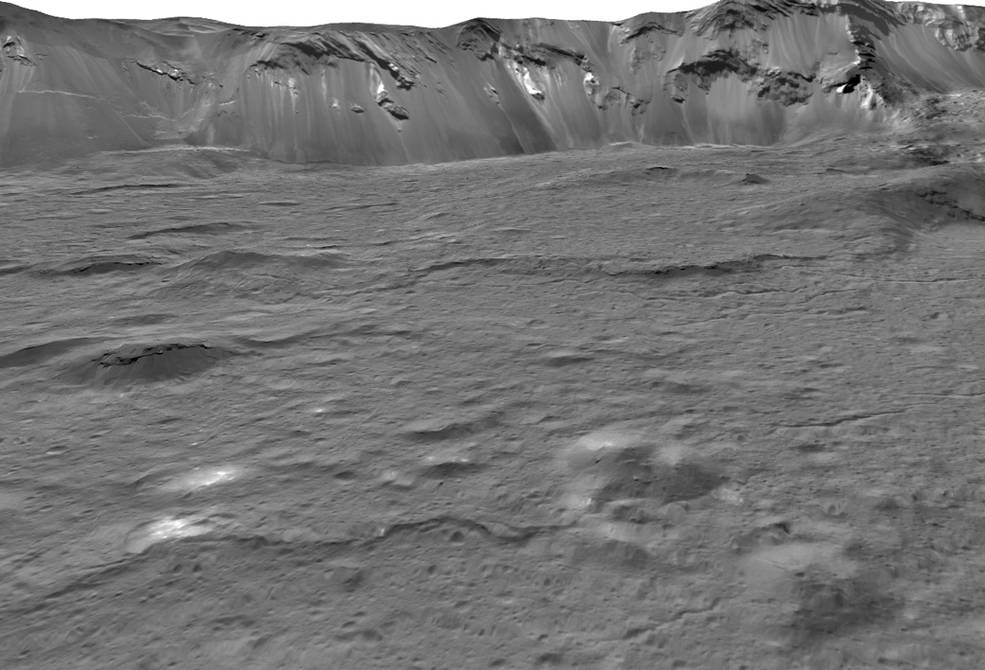 The new research focused on the 57-mile-wide Occator Crater, which is the location of the most extensive broad areas. Long before Dawn reached the dwarf planet, scientists had trained the telescopes on Ceres and discovered the diffuse bright regions. Dawn was able to capture images of two distinct and highly reflective areas inside the crater named Cerealia Facula and Vinalia Faculae.

Researchers also note that Ceres is frequently bombarded with micro-meteorites that should’ve darkened the bright areas. The fact they are still bright indicates that they are relatively young features. According to the researchers, two main pathways could allow the liquid to reach the surface. The team believes that the bulk of the liquid was supplied by heat from the impact that created the crater 20 million years ago. The impact also created large cracks in the dwarf planet that allowed the brine to continue coming to the surface.