We’ve known from the very beginning that Borderlands 3 was going to get story-based DLC, and today Gearbox revealed the first one. It’s called Moxxi’s Heist of the Handsome Jackpot, and as the title suggests, you’ll be recruited by Moxxi to get even with Handsome Jack. You’ll do that by raiding one of his space station casinos that has fallen derelict since his demise in Borderlands 2.

The brief reveal trailer you see below sets the stage for the DLC, with Moxxi telling players that Handsome Jack ripped off her designs to build the casino, which is called the Handsome Jackpot. She promises plenty of loot in return for your help in raiding the place, and the promise of loot is really all we need to justify doing anything in the world of Borderlands 3.

You’ll need to be at least level 13 to play through Moxxi’s Heist of the Handsome Jackpot, and you’ll need to have completed episode 5 of the game’s main story before you can dive in. Those who have characters at max level already (as we’re sure many do) will be pleased to know that the DLC will scale to their level, so as long as you meet that level 13 requirement, you can play it regardless of you level. 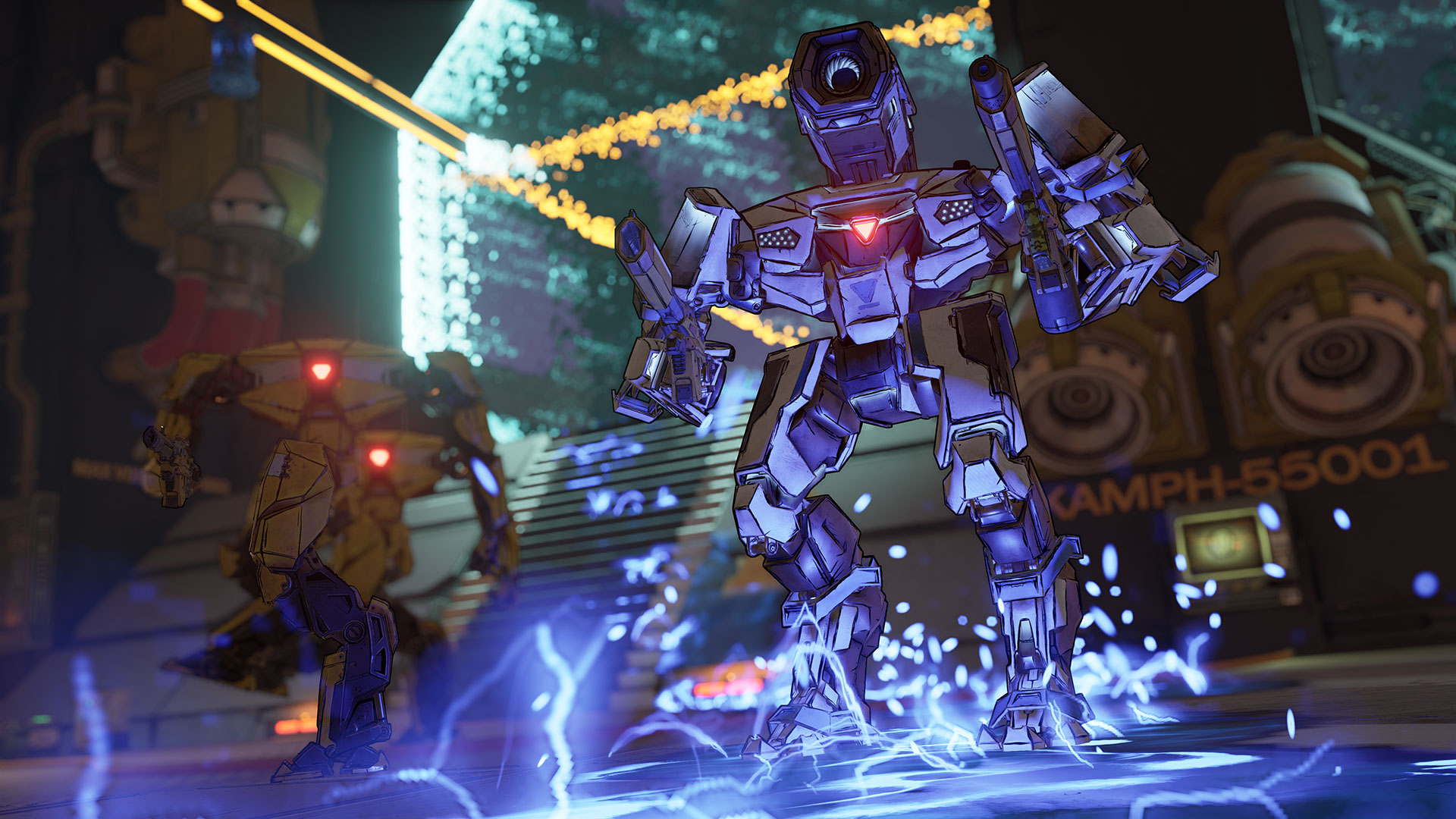 Like Borderlands 2, Borderlands 3 will be getting four story-based DLC expansions, with Moxxi’s Heist of the Handsome Jackpot being the first. The DLC will be available as a standalone purchase, but it’s also available in the Borderlands 3 season pass. If you purchased the Borderlands 3 Super Deluxe Edition at launch, then you’ll get all four DLCs as they release.

Gearbox also announced today that Borderlands 3 will be free to play on Xbox One and PlayStation 4 from November 21st to November 24th, giving you the weekend to take the game for a spin. If you haven’t already purchased the game but you’re interested in potentially buying it, this could be a good chance to give it a try. Moxxi’s Heist of the Handsome Jackpot will be out on December 19th, and we’ll look forward to learning more about it in the time until then.