Steampunk has a faithful following, and so it isn’t surprising that every now and again we see a steam powered contraption pop up. The latest is called the Black Pearl, and it is a motorcycle styled after an old steam-powered locomotive. It’s not just a pretty shell, however; the Black Pearl is powered by a literal steam engine. It was made by Revatu Customs, a Dutch company, and it was recently shown off at the Bigtwin Bike Show in Holland.

It’s quite obvious from the design that it is styled after a locomotive, and it includes all the steampunk trappings we’d like to see, such as an exposed crankshaft that turns the back wheel (just like on a train), a steam-powered horn, and a little bell. There’s a drum brake in place, as well, that’ll bring the beast to a halt. 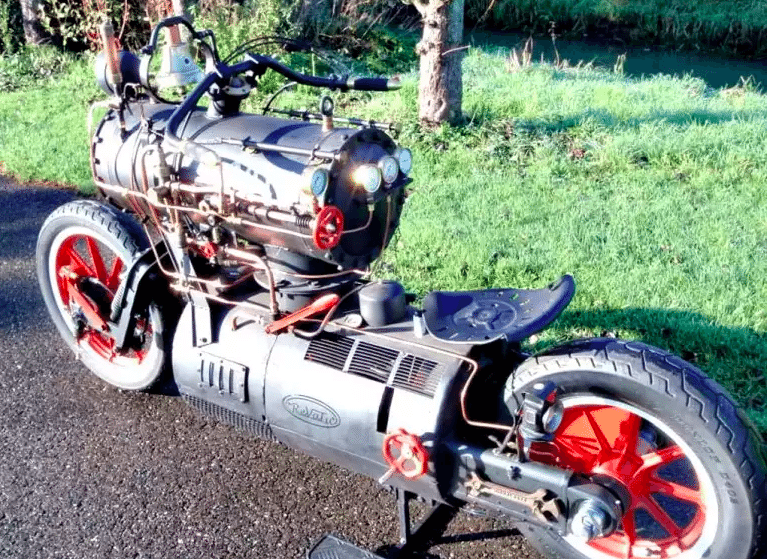 If you’re hoping for details about things like how powerful the steam-powered motorcycle is and how much it weighs, you’ll be disappointed, as none of that data was provided. We do know, however, that it can only go 5MPH at the fastest (suddenly steam seems less fun), and that you can sit on the bike and ride it like a regular biker/conductor.

Will you be able to get the Black Pearl for yourself? No. But you can see it in action in the video below, which is nearly as much fun.