Researchers have solved the mystery behind large holes that appeared in Antarctica’s Weddell Sea in 2016 and 2017, the University of Washington has announced. The holes weren’t the largest that had ever formed in the winter ice, but was the first to happen at a time when oceanographers were able to properly monitor them. Seals outfitted with sensors worked alongside satellites and robotic drifters to help solve the puzzle.

The large hole in the sea ice is known as a ‘polynya,’ something previously thought to be rare and possibly ‘extinct.’ The appearance of a large hole in 2016 and another in 2017 presented the opportunity to reevaluate what was known about the process and to figure out what caused the large voids to open. According to a newly published study on the topic, multiple factors drive the process. 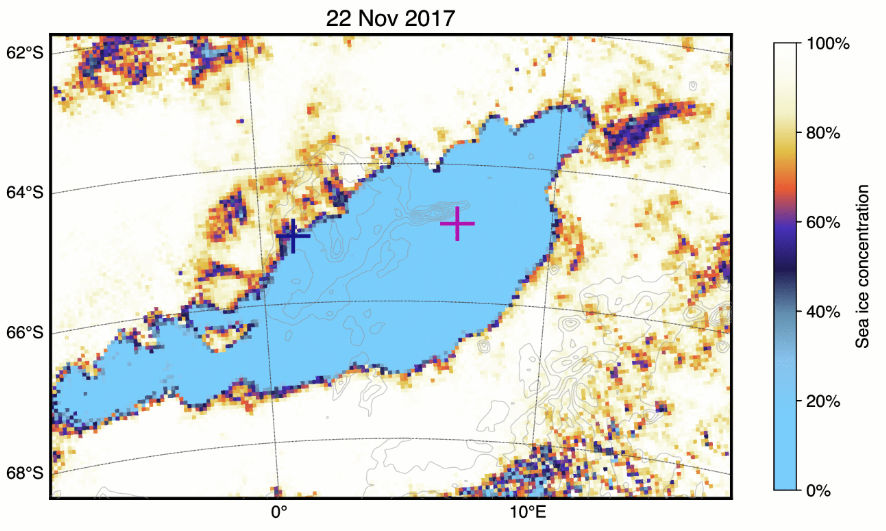 Unusual ocean conditions in past years were one of the factors behind the hole, as well as hurricane-like storms that took place over the Weddell Sea. In 2016, the hole that appeared measured 13,000 square miles, and it was followed by a larger one at 19,000 square miles in late 2017.

Though very large, these weren’t the largest holes to appear in the Antarctic ice. According to the University of Washington, larger gaps had appeared from 1974 to 1976; a large hole the size of New Zealand persisted through three Antarctic winters. What does it take to produce a hole like this?

Oceanography professor with the University of Washington Stephen Riser, the study’s co-author, explained:

This study shows that this polynya is actually caused by a number of factors that all have to line up for it to happen. In any given year you could have several of these things happen, but unless you get them all, then you don’t get a polynya.

Factors include a spinning vortex resulting from dense seawater around the underwater mountain Maud Rise, particularly salty surface ocean waters, strong, windy storms, churning waters, cold air, and warmer deep water. When these factors all form together, it results in a ‘feedback loop’ that prevents ice from reforming in the area where the hole appears.