Bees are very handy little creatures. Of course they pollinate plants, making possible our agricultural system, and they make great stuff like honey and beeswax. But researchers from MIT have found a new role for bees, or rather bee venom: explosives detectors. Yes, really. We’ve seen reports of bee venom used in China for curing rheumatism and arthritis, but this is a new one.

The researchers at MIT found that protein fragments in bee venom, called bombolitins, can be used to dectect single molecules of nitro-aromatic explosives, like TNT. If these bombolitins (the name now seems ironic) were used in security sensors at airports, they would increase the sensitivity of the sensors, making them work more effectively.

So here is what the MIT team did. They coated the insides of carbon nanotubes (which are cylindrical carbon molecules) with bombolitins, and then exposed the nanotubes to air samples taken near various explosives. Now, carbon nanotubes naturally fluoresce, but the bombolitins created a whole new effect. 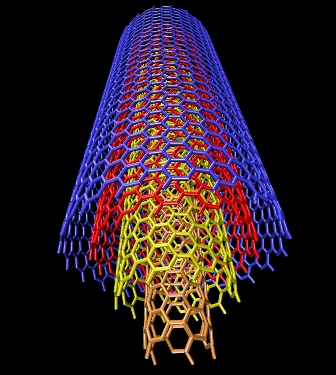 The MIT team discovered that the wavelength of the fluorescent light changed when the molecules of the nitro-aromatic compounds bonded with bee-venom proteins. This change can be detected by a special microscope. MIT has designed similar sensors in the past, where the fluorescent light in the nanotubes increases when exposed to explosives, but this is not as accurate because the readings can be influenced by ambient light. The changes in the light’s wavelength offers more precision.

Right now, explosive sensors used in airports analyze charged particles in the air, but they cannot detect explosives at the molecular level. As you might expect, commercial companies and the military are already showing interest in this technology, and it is currently being patented.

So just one question, then. How in the world did they think to try this out in the first place?