When it comes to setting Guinness World Records, there’s pretty much two ways to go about it: for things like measures of athletic ability, you can train really hard for many years and try to beat the previous record holder. Or, instead of going after an existing record, just try to come up with an idea that so random and off-the-wall that no record for it exists yet. In the case of the latter, a world record has now been set by a Batman costume with the most functional gadgets.

Julian Checkley of Ireland managed to set the record with his own Dark Knight suit outfitted with 23 contraptions. To clarify, his Guinness World Record is technically for the “most functional gadgets on a cosplay suit,” meaning it doesn’t have to be a Batman costume, but in Checkley’s case it certainly makes the most sense. 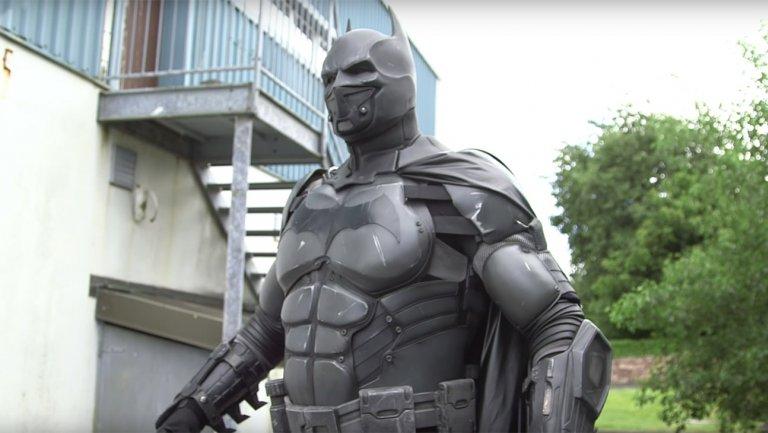 The really great thing about Checkley’s costume is that it’s not only a cool interpretation of the Batsuit, but it also keeps most of the gadgets well hidden, so they’re not obviously sticking out. He’s even managed to include a number of gadgets that we’ve seen in Batman’s arsenal over the years in both comics and movies, including a grappling hook, batarang, and smoke bombs.

You can see the suit in action in video above, but here’s the full list of gadgets on the Guinness World Record-setting costume:

While the “Bat flask” may seem the like most questionable inclusion, when you think about it, it makes perfect sense that Batman would need a sip of his favorite Bat-branded whiskey to keep warm on those winter nights in Gotham.