Toyota officially revealed its bZ4X Concept this week at its North American headquarters. The automaker has been making electrified vehicles for a long time and is a leader in the electrified autos worldwide. The bZ4X Concept is a vision for the first vehicle in a global series of battery electric vehicles introduced under the Toyota bZ brand umbrella.

The automaker says the SUV is roughly the size of its RAV4, with versatility allowing it to stand apart from other electric vehicles on the market. Toyota says the best part about the electric vehicle is that it has Toyota quality, durability, and reliability that customers expect. The electric vehicle was jointly developed with Subaru, which presumably means there will be a Subaru version coming as well.

The vehicle is built on a new e-TNGA dedicated electric platform that combines quality, durability, and long-term reliability along with AWD capability to provide a comfortable and engaging vehicle. bZ4X has a long wheelbase with short overhangs that gives it a distinct design with plenty of interior space. It features an open-concept interior designed to enhance driver comfort and confidence on the road.

The interior was purposely designed to give the driver a feeling of space and comfort with a low positioned instrument panel. Gauges located above the steering wheel expand the sense of space and provides the driver a sense of safety and security when driving. Toyota has confirmed that it plans to expand to around 70 electrified models globally by 2025. 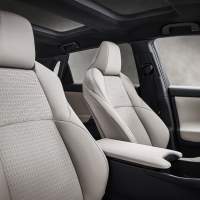 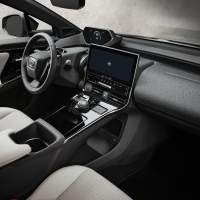 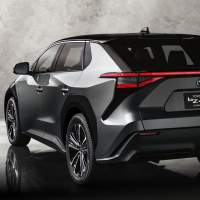 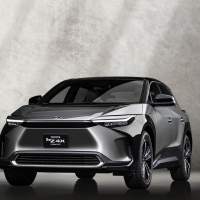 Within that 70 new electrified model range, 15 of the vehicles will be dedicated battery-electric vehicles, including seven that carry the bZ moniker, which means Beyond Zero. Toyota has also confirmed that it intends to bring electrification to its pickup range soon.