Audi has pulled the wraps off the new TT RS Coupe and Roadster, and the two rides share many of the same components. Combined fuel consumption is 8.1 to 7.9 l/100km, which is about 29 mpg in the States. While the two cars pack 400 metric horsepower 5-cylinder engines, they are low polluting.

Combined CO2 emissions are listed at 183 -181 g/km. Fans of the new TT RS will be able to order either the Coupe or Roadster starting on February 7, which is tomorrow. The cars will land in Germany and other parts of Europe starting this spring. It’s not clear what the availability will be for the US at this time.

Audi says that the new TT RS cars are in “absolute peak form” and that the cars use 2.5L TFSI 5-cylinder engines. The engine makes 400 metric horsepower and 354 lb-ft of torque. Audi’s famous Quattro all-wheel drive is standard. Performance for the Coupe is 0-62.1 mph in 3.7 seconds, performance for the Roadster isn’t mentioned. 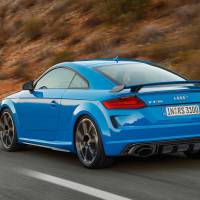 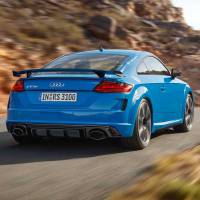 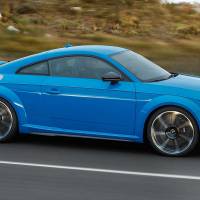 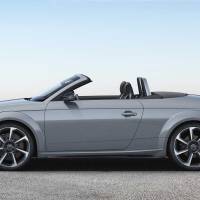 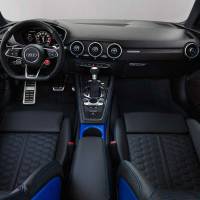 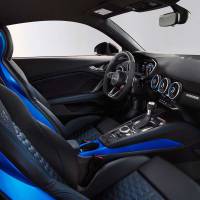 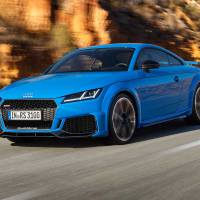 The cars get a new fixed rear wing with side winglets along with an RS-specific diffuser. Inside the car has RS sport seas with a rhombus pattern in Alcantara or with an optional honeycomb pattern in fine Nappa leather. The Audi virtual cockpit has special displays, and the cars use shift paddles and have updated infotainment systems. Pricing for the TT RS Coupe is EUR 67,700 with the Roadster at EUR 70,500. Audi recently unveiled the Audi TT 20th Anniversary Edition cars for the US selling for $52,900 for the coupe or $56,800 for the roadster.