Google has just released its regular monthly update to improve the security of its Pixel phones and Android in general. It even talked about in some detail the new security-unrelated features that the Pixel 4 will be receiving this month. Imagine, then, the confusion that some Pixel 4 owners received instead when the March update for AT&T was mysteriously yanked from the Internet. It turns out that Google may have missed a critical step that left some features like Google Pay broken on the carrier-locked phone.

Events transpired so fast that many were caught off guard, unsure or even worried about what happened. For those that never even saw the initial OTA image, they may have been puzzled why AT&T is the only carrier missing from the compatibility list. Unsurprisingly, neither Google nor the carrier has given any explanation but the Internet may have clues.

Reports gathered by 9to5Google point to various issues experienced by Pixel 4 owners on AT&T who immediately downloaded the update. The common theme is that Google Pay is broken for these users, blocking them from using wireless payment for purchases and transit. Naturally, owners are quite vocal about their disappointment. 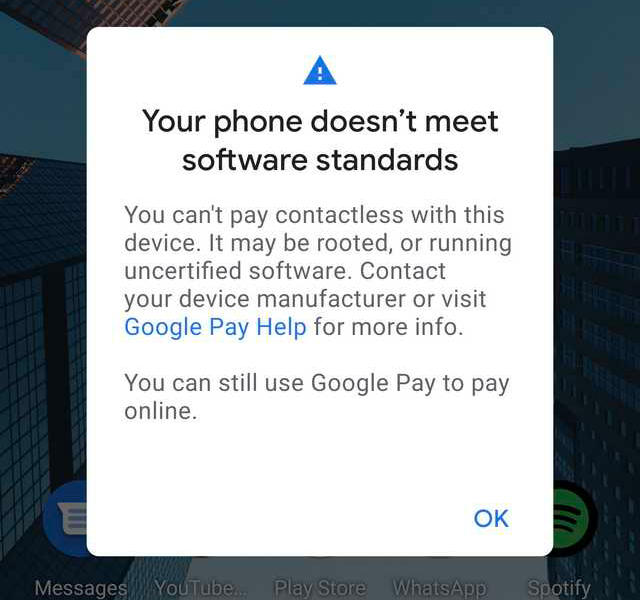 Google Pay may seem like a small reason to withhold a security update but the cause of the problem may actually be more serious. Google and AT&T may have failed to work on certifying the firmware which led to Google Pay presuming that the Pixel 4 has been compromised. In other words, any app or feature that depends on unrooted and secure phones will also fail with the update.

For now, the update for AT&T Pixel 4 phones is nowhere to be found and, considering it hasn’t even acknowledged the issue, Google is equally silent on its return. It might be for the best, given the importance of the certification, but users are, of course, none too happy about it.