AT&T also revealed an exclusive version of the Windows Phone 8X in Limelight (yellow) as well as California Blue, and they’re the only carrier to offer this device in such colors. These exclusive colors will only be available for the 8GB version of the phone. AT&T also says they will include a free wireless charging plate with each purchase of Lumia 920 for a limited time. 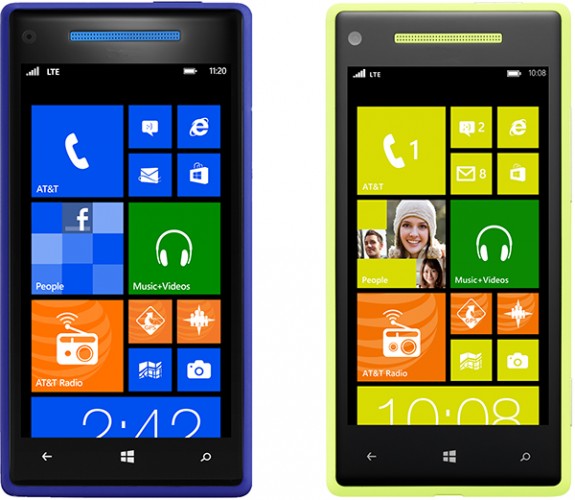 Nokia’s Lumia 920 is the company’s new flagship handset, and it features 4.5-inch PureMotion HD+ ClearBlack display with a 1280×768 resolution, and it’s protected by Gorilla Glass 2. It features a Qualcomm Snapdragon S4 dual-core processor clocked at 1.5GHz with 1GB of RAM. The 920’s younger brother, the Lumia 820, features the same processor and RAM specs, but has a slightly smaller 4.3-inch display.

HTC’s Windows Phone 8X has a 4.3-inch display with a 1280×720 resolution. The device also features and Qualcomm Snapdragon S4 dual-core processor clocked at 1.5GHz and 1GB of RAM. Other than the exclusive AT&T colors, the 8X comes in Graphite Black and Flame Red. AT&T has not announced the release date for the 8X, nor when you can pre-order one, although the carrier says the phone will be out before Thanksgiving.