One of the most anticipated vehicles that Ford has produced in a long time is its first real entry into the electric vehicle market. The car is called the Mustang Mach-E. In many areas, there are already regular Mach-E models cruising the streets. However, it would appear that Ford has finally started delivering the higher performance Mach-E GT Performance Edition.

According to the owner, his Mach-E GT Performance Edition showed up on August 19, two weeks earlier than expected. The owner gave a lot of driving impressions, but anytime someone offers impressions of something they paid significant amounts of money for it, there’s always the chance of bias to justify the purchase. That said, the owner says it’s got intense exhilaration that you can “feel in the gut.”

Other tidbits offered by the owner include that the car has very tight and precise steering. He also noted the car has significant amounts of regenerative braking. When you lift off the throttle pedal, the regenerative braking is felt as braking is used to recharge the batteries. There are lots of images of the car on the forum showing the interior and exterior, including the big screen and the shiny Rapid Red Metallic Tented Clearcoat paint color.

It’s been a while since we talked about the Mach-E GT. Ford began accepting orders placed for the Performance Edition model in late April of this year. At the same time, it also confirmed the specifications for the vehicle. The Performance Edition produces 480 horsepower and 634 pound-foot of torque. 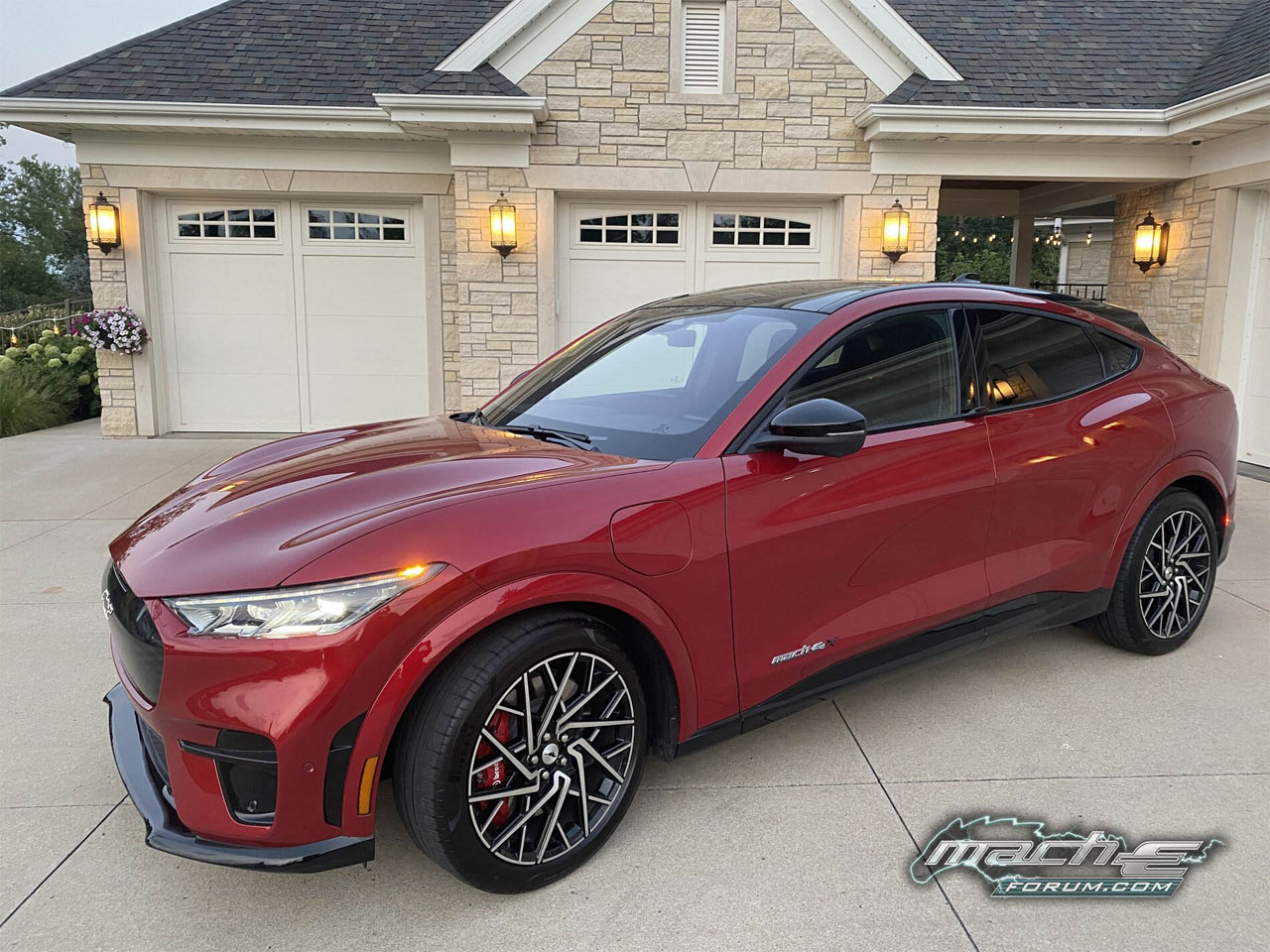 The extra performance does mean a shorter driving range than some other Mach-E models. The GT Performance Edition is rated for 235 miles on the EPA test cycle. It’s also fitted with stickier summer tires and gets red-painted Brembo brake calipers. Performance Edition buyers also get a special interior that features Miko perforated inserts and metallic stitching.