With all the attention that foldable devices are getting, you might think they’re the only high-end niche phone around. If, however, you are more interested in an overpowered phone, then gaming smartphones are where it’s at. The hype around this rather specialized market has seemingly died down a bit over the past few months, but ASUS’ launch of the ROG Phone 5s in the US wants to remind everyone that the game is far from over.

Although we’re nearing the end of 2022, the ASUS ROG Phone 5s remains one of the most powerful phones this year. That’s not just because of the raw specs, which include a Snapdragon 888+ and 16 or 18GB of fast LPDDR5 RAM, depending on the model. There’s also that 6.78-inch 2448×1080 Samsung E4 AMOLED display with a 144Hz refresh rate and a 360Hz touch-sampling rate to make things look and feel buttery smooth.

A major part of its performance claim is thanks to its cooling systems that prevent that powerful processor from throttling. In the case of the ROG Phone 5s, there’s an internal GameCool 5 system that, among other things, splits the battery into two, with the processor in the middle, for better thermal dissipation. And then there’s ASUS ROG’s AeroActive Cooler 5 accessory that is pretty much an exhaust fan you clip to the back of the phone.

There are, of course, other gaming-centric features that you won’t find on normal flagships with game-worthy specs. These include the brand’s famed AirTriggers, which now add two touch sensors on the back of the phone for additional controls. For those getting the top-end ROG Phone 5s Pro, a new colored P-OLED screen will greet them on the phone’s back with RGB displays that gamers just love. 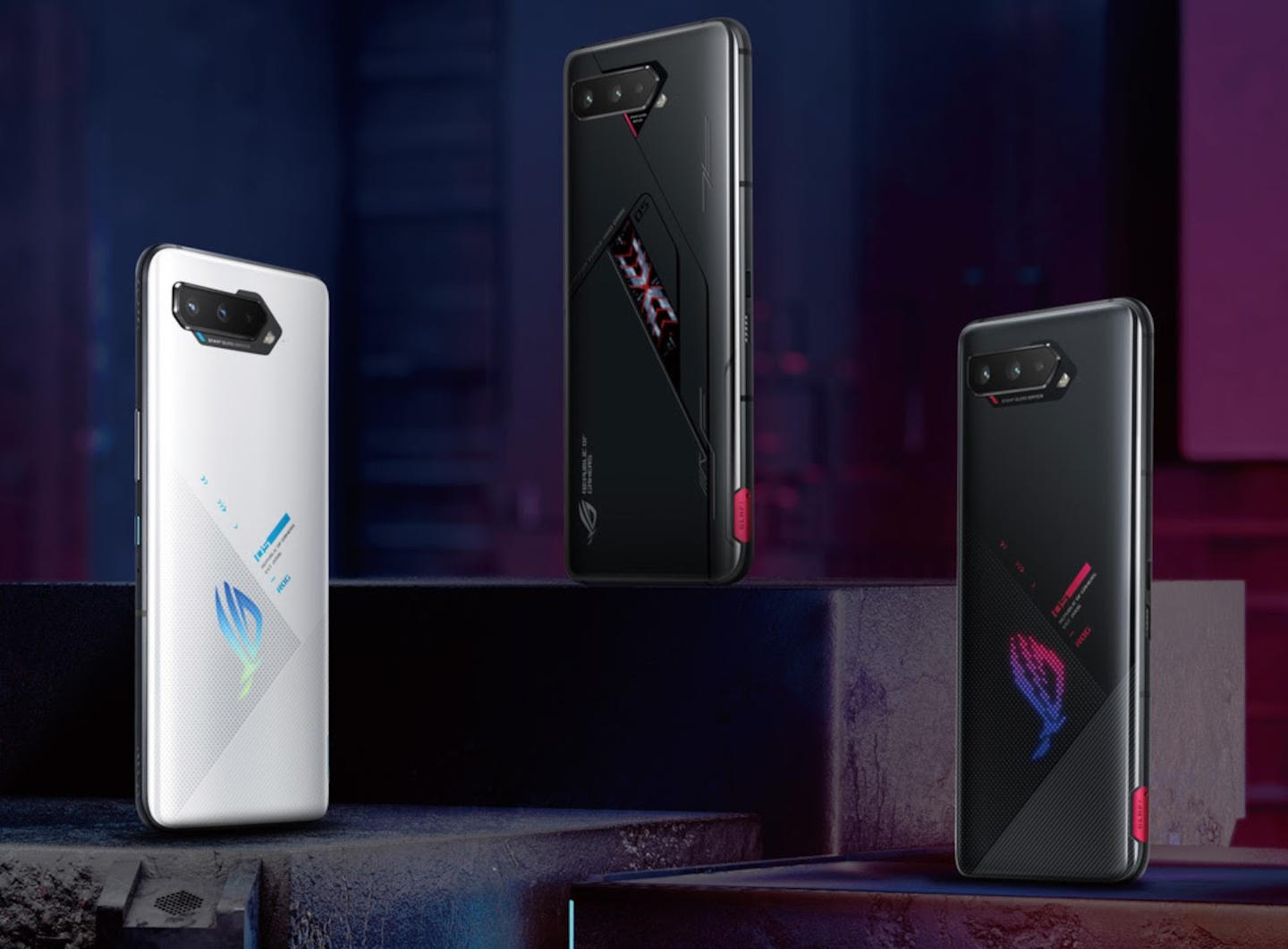 These powerful gaming features don’t come without a cost, naturally, but prices are still in line with most high-end premium phones this year. The ASUS ROG Phone 5s with 16GB of RAM goes for $1,099, while the ROG Phone 5s Pro with a whopping 18GB of RAM carries a $1,299 price tag. The phones are now available from Amazon and Mobile Advance (ROG Phone 5s Pro).