ASUS ROG Phone 2 go on pre-order in the US

Gaming smartphones still seem to be a thing, despite how many find the idea of a dedicated smartphone for gaming almost superfluous. At least for ASUS, Black Shark, Red Magic, and, for now, Razer, there is still some promise in that niche mobile market, which is why they keep on putting out new models every year, sometimes even twice a year. The latest to arrive is the ASUS ROG Phone 2 which is bringing an almost lethal combination of specs and feature with an equally lethal price tag.

While the ASUS ROG, Black Shark, Red Magic, and Razer Phone all have the looks befitting a mobile equivalent of a gaming PC, the ASUS ROG Phone was the only one that came close to replicating the ecosystem on mobile. The plethora of accessories, including an external cooling solution, gave the same feeling gamers would have on PCs and consoles, but in a miniature size.

ASUS hasn’t yet revealed those new accessories aside from the AeroActive Cooler 2, but the ROG Phone 2 is coming to step up the game. It’s a massive upgrade to last year’s model and, at least on paper, trumps most premium phones this year. Not only is the 6.59-inch screen, sadly still just FHD+, larger, it now also boasts of 120 Hz refresh rate despite being an AMOLED screen. 12 GB of RAM, one of the highest in the market, is the base configuration to accompany the Snapdragon 855+.

In fact, everything about the ROG Phone 2 has been upgraded, including the cameras. It does retain some of the unique features, like the dual USB-C ports that make it more convenient to play even while charging or to attach accessories. AirTrigger controls are still there, giving at least two more “buttons” even without a gamepad. 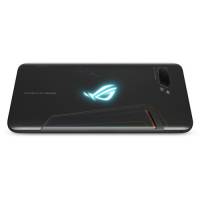 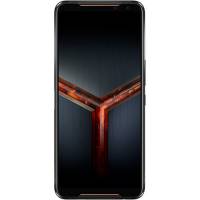 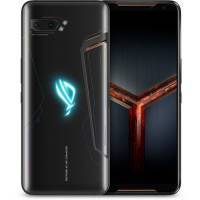 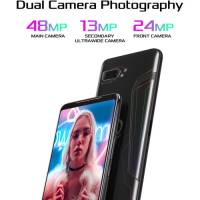 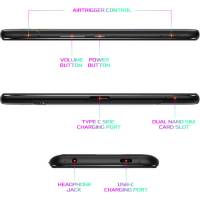 For all those features, it’s almost unbelievable that the ASUS ROG Phone 2 would cost $900, a bit less than equivalent non-gaming phones from Samsung or Huawei. The phone has gone on pre-order on B&H Photo as well as on Mobile Advance, with a shipping date of September 30. The only bad news is that these unlocked phones seem to only support 4G and GSM networks from AT&T and T-Mobile, leaving Sprint and Verizon subscribers out of the gaming party.s