Astronomers outline revival plan for a massive telescope on the moon

A group of astronomers from the University of Texas at Austin believe that reviving an old NASA plan from a decade ago could solve a problem other telescopes are unable to tackle. The astronomers believe that the massive telescope would be able to study the first stars in the universe. Researchers in the project say that the James Webb Space Telescope will look back to a time when galaxies first formed.

However, theory predicts an even earlier time when galaxies didn’t yet exist when the individual stars first formed. Those stars are known as Population III stars and marked the moment of the very first light, and formed about 13 billion years ago. Seeing those stars is beyond the capabilities of the James Web Space Telescope.

However, a shelved plan devised by NASA a decade ago described as the “ultimate” telescope might allow astronomers to see those Population III stars. The stars were created from a mix of hydrogen and helium gases and are believed to be more between tens or hundreds of times larger than the Sun. NASA Hubble Fellow Anna Schauer has come up with new calculations showing an old NASA proposed facility, a liquid mirror telescope operating from the moon’s surface, might see those stars. 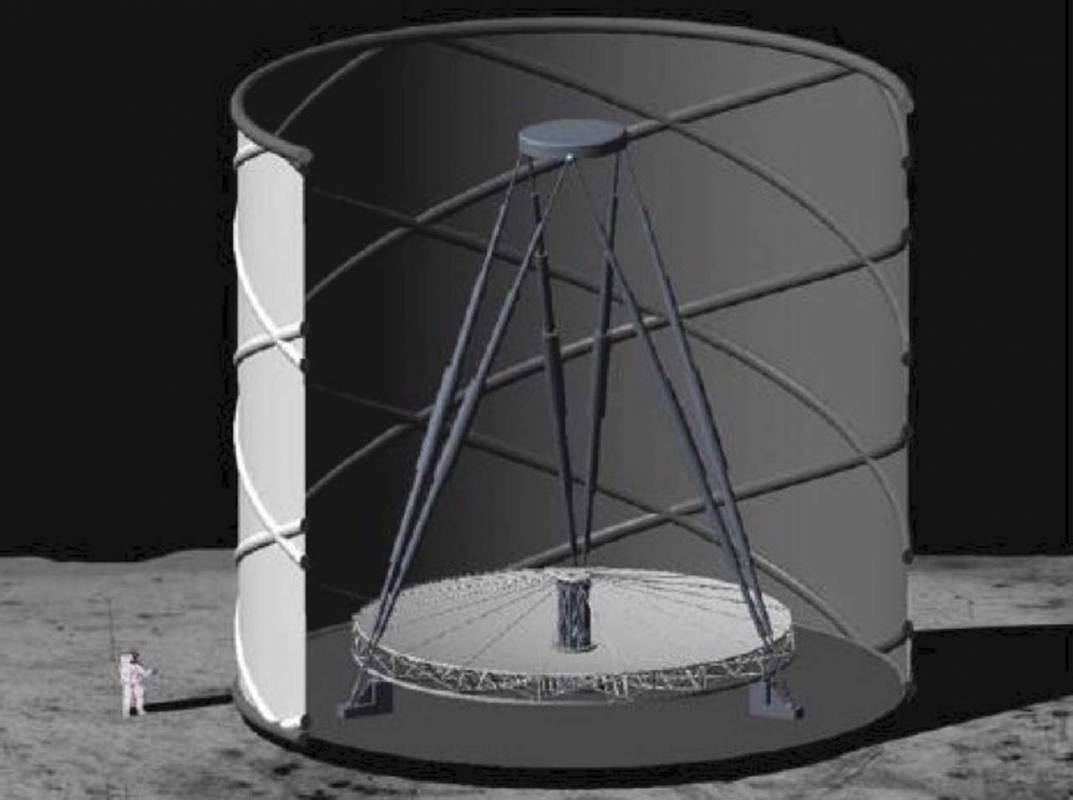 NASA analyzed the proposed facility a decade ago but decided not to build it. Another scientist on the project said that supporting signs on the earliest stars didn’t exist, noting that the telescope is perfect for the problem. The proposed lunar liquid-mirror telescope dubbed the “Ultimately Large Telescope” would have a mirror 100 meters in diameter.

It would operate autonomously from the lunar surface and get power from a solar power collection station on the moon. Data collected would be relayed to a satellite in lunar orbit to be sent back to Earth. The mirror would be a spinning vat of liquid topped by a metallic liquid. The vat would spin continuously to keep the liquid’s surface in the correct paraboloid shape to work as a mirror. The telescope itself would be stationary, situated inside a crater on the moon’s north or south pole. The researchers want the astronomical community to revisit the shelves plan, but it’s unclear if that will happen.