Astronomers have caught a glimpse of an exomoon for the first time, with a rare space line-up allowing complex telescope tech to catch a never-to-be-repeated sighting. Astral bodies like planets and moons lying outside our Solar System are referred to as exoplanets and exomoons. Scientists use a technique called gravitational microlensing to view these bodies, with the trick to observing them accurately being picking a time when all the stars are aligned in space.

Once this happens, scientists can then spot the exomoon and use the opportunity to gather as much information in terms of mass and size amongst other details.

NASA-backed scientists were a part of the study that was rooted in for the unique observation. Since the circumstances leading to observation are once-in-a-lifetime, the possibility of conducting another similar study is slim. David Bennett of the University of Notre Dame, confirms this but goes on to state that we could expect ‘more unexpected finds’ like this in the future. 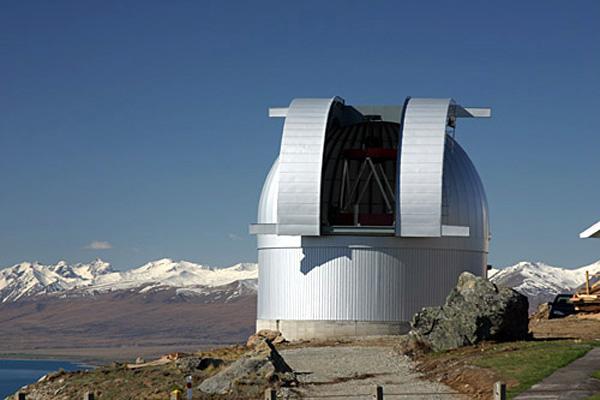 The Japan-New Zealand-American Microlensing Observations in Astrophysics (MOA) and the Probing Lensing Anomalies NETwork (PLANET) programs led the study on the exomoon. The group used telescopes in New Zealand and Tasmania and relied on gravitational microlensing.

Here is how it works:

As a star passes on the pathway between the Earth and a further celestial body, the star nearer to us acts like a magnifying glass. The effect of this magnification is that the star beyond appears brighter. If the star nearer to us has a planet orbiting it, then the planet acts as a second lens to brighten the light even more.

In this current event, scientist cannot confirm what the foreground body is. The ratio of the larger body to its orbiting partner is 2,000 to one. This means that it could be a distant star circled by a planet, which is approximately 18 times the mass of Earth. Conversely it could be a planet bigger than Jupiter being orbited by its own moon.

In the future, scientists are hopeful at using parallax technique along with gravitational lensing to work out distances during brightening events.