Aston Martin has new details on the DBS GT Zagato sports car that it says reveals a further glimpse of the final production intent of the exterior of the car. The DBS GT Zagato will be paired up with the DB4 GT Zagato Continuation to complete the DBZ Centenary Collection. Aston plans to make only 19 pairs of these rides with pricing at £6m for the pair.

Aston also fitted the car with 108-individual diamond-shaped carbon fiber pieces that are flush with the exterior of the car. When the car started those little carbon fiber bits “flutter into life” as they open to let the twin-turbo V12 breathe. Aston CEO Marek Reichman says that the design of the car is to give onlookers an aural and visual treat when the car starts. 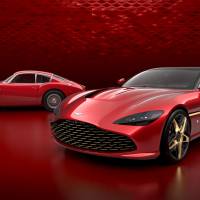 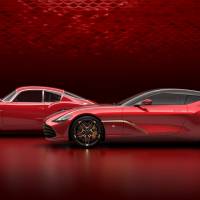 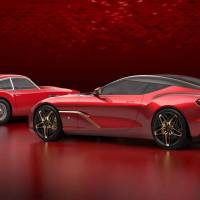 The car is a wild design that looks very cool with its red paint and gold trim on the exterior. Aston says that the DBS GT Zagato is set for production in 2020 joining each of the 19 DB4 GT Zagato cars to be built this year. Perhaps Aston will offer a video of the moving grill area it is taking up so we can get a look at the feature.