As PlayStation turns 25: What was your favorite game on PS1?

Today is a big day for the PlayStation brand, because today marks the 25th anniversary of Sony’s entrance into the world of gaming. On December 3rd, 1994, Sony launched the first PlayStation in Japan. Those of us here in the US and our friends over in Europe would have to wait another 10 months to get our hands on the PlayStation, but going from its Japanese launch date, the PlayStation turns 25 years old today.

At the time the PlayStation launched, Nintendo and Sega were busy duking it out for video game dominance. Though the fourth generation of consoles saw other companies and their machines compete for a slice of the pie – such as the Philips CD-i, the TurboGraphx-16, and the Neo Geo – the main players in the space were Sega with the Genesis/Mega Drive and Nintendo with the Super NES.

Attempting to pull market share away from Sega and Nintendo was going to be a tough task for anyone, particularly a newcomer to gaming like Sony. Still, through a combination of factors, the PlayStation managed to flourish. Not only did it beat the Nintendo 64 to North American markets by a year and European markets by 15 months, but Sega’s total mishandling of the Sega Saturn’s launch in territories outside of Japan gave Sony an opportunity to establish itself as a third competitor in an industry that had previously been dominated by only two.

Fast forward to the end of the generation and the PlayStation had handily outsold both the Nintendo 64 and the Sega Saturn. The original PlayStation is one of the few consoles to sell more than 100 million units worldwide, a title it holds alongside the PlayStation 2, Nintendo DS, Game Boy, Wii, and – as of this year – the PlayStation 4. 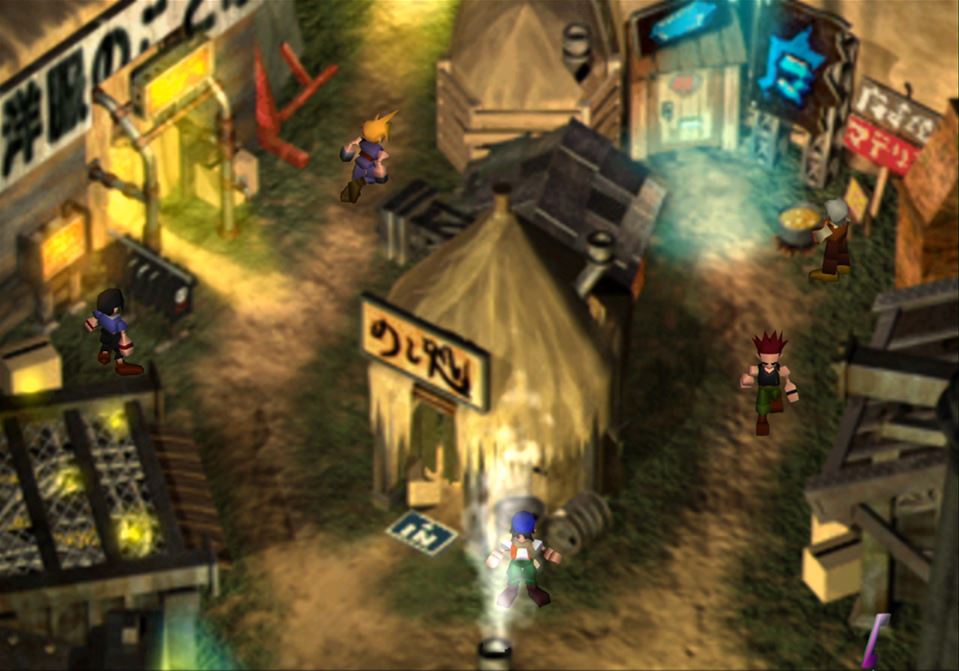 The PlayStation came at the beginning of an important transition period for home consoles, as graphics shifted from pixelated sprites to 3D models and textures. Looking back on these games from 2019, the transition was definitely a rough one, but many of us still have plenty of happy memories with these games and their blocky, ugly graphics. So, that begs the question…

What was your favorite PS1 game?

I suspect the answer to that question will vary wildly depending on the person, because the PlayStation offered a ton of great games. Perhaps the most well-known PlayStation game out there is Final Fantasy VII, which was something of a revolution for Japanese RPGs. The original PlayStation was home to three mainline Final Fantasy games – VII, VIII, and IX – and though they all have their share of die-hard fans out there (I’m particularly fond of Final Fantasy IX myself), none of them managed to meet the same level of renown as Final Fantasy VII has.

If not Final Fantasy VII, then perhaps your favorite was Metal Gear Solid? The Metal Gear series stretches all the way back to the 1980s, but Metal Gear Solid was a cornerstone release for the franchise that helped popularize stealth games, Solid Snake as a character, and Hideo Kojima as a visionary in the games industry. 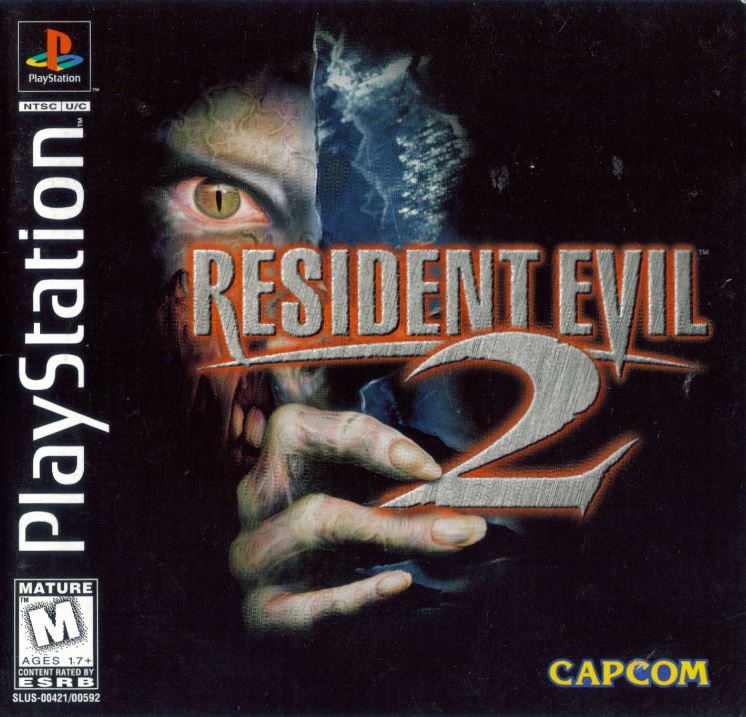 The original PlayStation was also a solid platform for fans of horror games. Both the Resident Evil and Silent Hill series got their starts on the PlayStation as exclusives to the console, and though the latter franchise is seemingly in dormancy these days, Resident Evil is still going strong. Resident Evil 2 in particular is one of the best games made for the PlayStation, so it wouldn’t surprise me to hear many people list it as their favorite.

For a many folks, I expect there’s one game that’s closely tied to memories of the original PlayStation: Tony Hawk’s Pro Skater 2. It wasn’t a PlayStation exclusive, but given the console’s dominance throughout the generation, that’s how most people played it. I spent an unhealthy amount of time playing Tony Hawk’s Pro Skater 2 with friends, and to this day, I remember it as one of the few games to earn a 10/10 score from Game Informer (a magazine I read religiously back in the day).

Other games that weren’t PlayStation exclusives but still had their identities closely tied to PlayStation were Tomb Raider and its sequel, Tomb Raider 2. Like many of the franchises mentioned in this article, Tomb Raider got its start during the fifth generation and is still seeing regular releases today, and by the end of the original PlayStation’s run, there were a whopping five Tomb Raider games on the console. 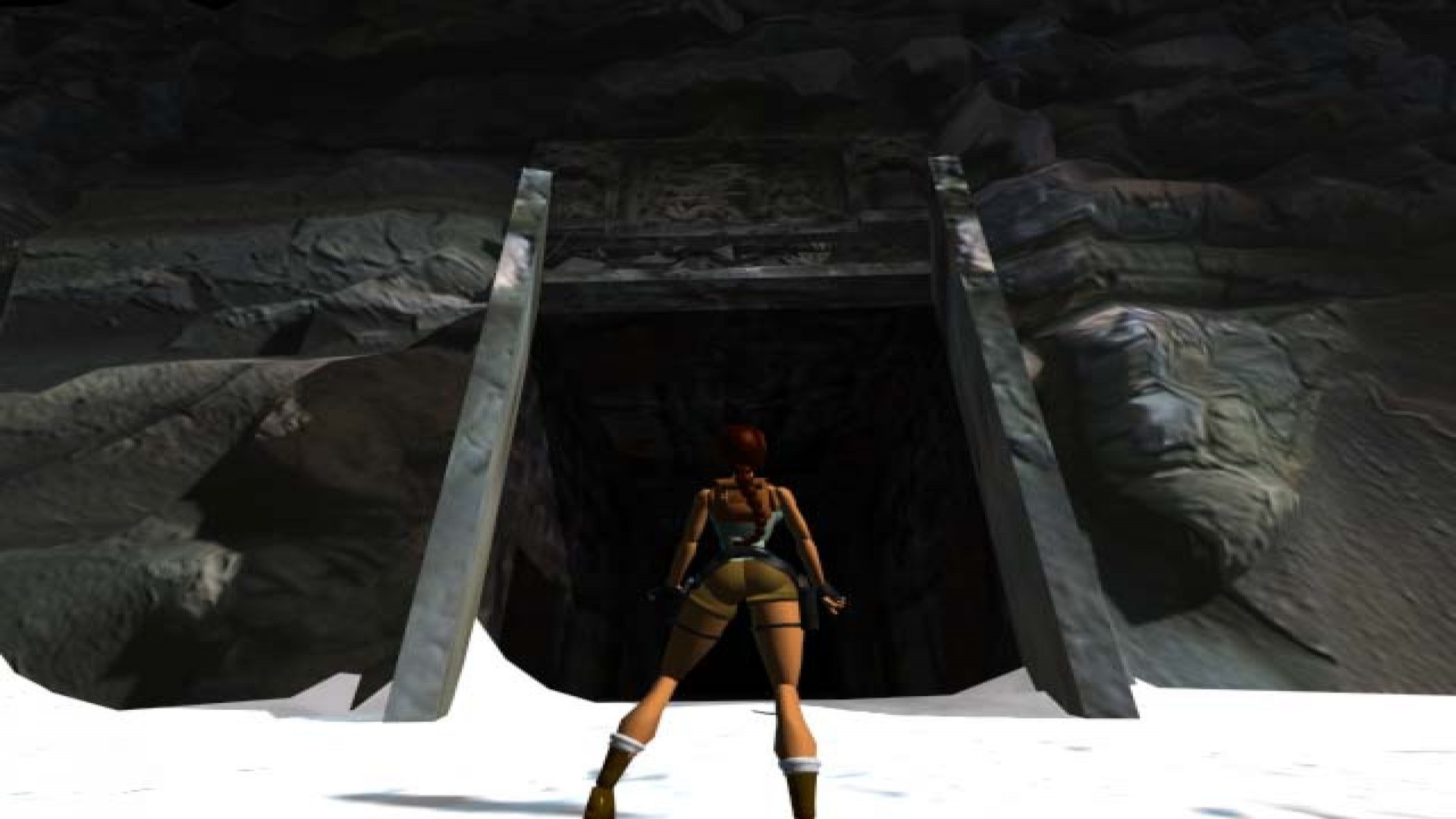 Even beyond these, there are plenty of games that netted the adoration of fans. Folks who were in the know back in the day would probably take me to task for not talking more about games like Castlevania: Symphony of the Night, Twisted Metal, or Oddworld, but I do want to spend time talking about one game in particular.

That game is Final Fantasy Tactics, and it’s my personal favorite game on the PlayStation. While there was no lack of stellar Final Fantasy titles to play on PlayStation, this one took the cake for me. It was my introduction to tactical RPGs, and it’s a game I still play off and on to this day.

Even though it isn’t the best example of the PlayStation’s 3D rendering capabilities, this game still has it all for me. I thought it looked great at the time and I think it still looks great today (an opinion I don’t really hold about a lot of PlayStation games), the music was excellent, and the job system was something to really sink your teeth into. On top of all that, though, working my way through FFT‘s battles was quite possibly the most fun I had on the PlayStation platform as a whole.

It’s a shame that we’ve only had a few Final Fantasy Tactics releases throughout the years, as it’s a series I’d really like to see Square Enix revisit one of these days. While we wait for that to happen, I can confidently say at this point that Final Fantasy Tactics is a game I’ll never tire of playing; it’s simply that good. 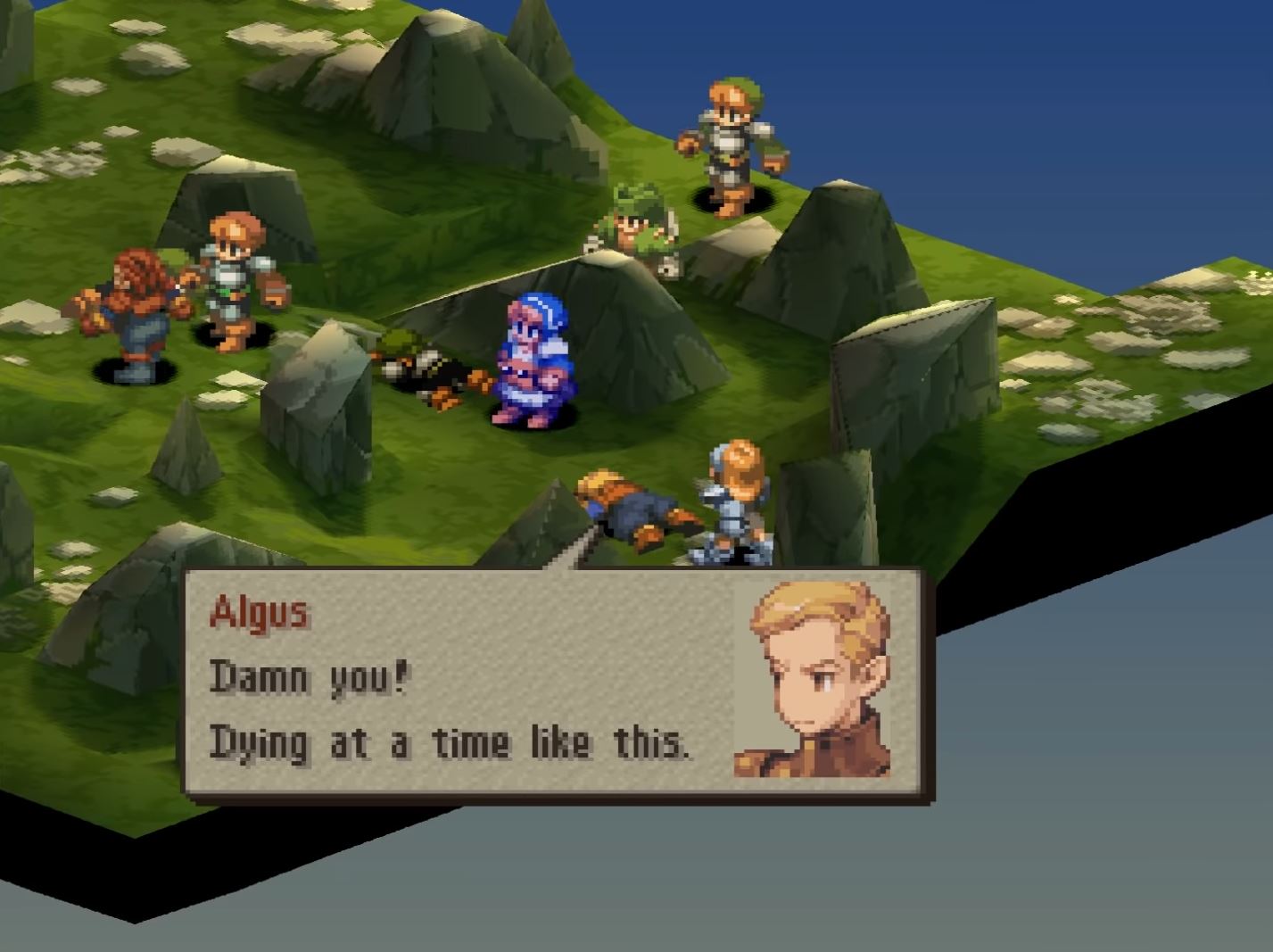 Before I wrap this up, I would like to call out one more PlayStation game, and I can guarantee it’s one you won’t see on any best-of lists. If there’s one game that could challenge Final Fantasy Tactics as my most-played PlayStation game, it’s probably Star Wars Episode I: Jedi Power Battles.

Jedi Power Battles was a brutally difficult game with bad controls and I’d probably hate it if I attempted to play ittoday, but it did let you and a friend assume the mantle of some of Star Wars‘ famous (and some no-to-famous) Jedi and slice through hordes of droids. 12-year-old me was the perfect age for Episode 1: The Phantom Menace, and when this game came out several months after the movie, I ate it up.

Not only was the PlayStation the beginning of Sony’s very successful gaming efforts, but it gave us a ton of great games – arguably more than any other platform it competed against in the fifth generation. So now, on the 25th birthday of the console that started it all for Sony, we want to know: What was your favorite PlayStation game? Was it one of the games we talked about above? Drop down to the comments section and let us know!