Apple’s launch of ARKit, even just as a developer preview, opened the floodgates of augmented reality experiences on iOS. It seems rather ironic that Google, who was actually first in that space via its Project Tango effort, was seemingly left behind in ARKit’s dust. Fortunately for the Android faithful, Google is picking up the slack and is making a similar big push to bring augmented reality to the millions of Android devices in the market today. And Google is calling it, quite amusingly, ARCore.

Up until recently, creating and experiencing augmented reality content was only possible with specialized equipment. Even Google’s Project Tango, which aimed to bring AR first to the academia and then to the masses, required some sensors that no ordinary smartphone has. Apple’s ARKit, however, proved that you could approximate such experiences even with the stock camera and sensors you’d find in a common iPhone and some fancy algorithms. And no one does algorithms better than Google, after all. 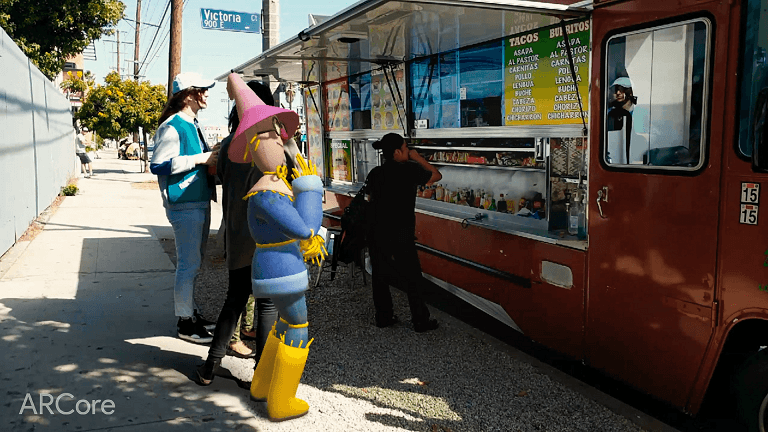 Unlike Tango, ARCore utilizes hardware that’s already there, no special sensors required. This opens up the framework to nearly all Android devices available. It will most likely still require a bit of processing power, leaving some entry-level devices out, but any Android developer will know how much work that still takes to provide compatibility with hundreds if not thousands of different phone models.

Despite targeting a common denominator, ARCore won’t be offering a gimped experience. Utilizing Java, OpenGL, and the Unreal and Unity 3D game engines, ARCore promises to deliver all the building blocks and API to build immersive AR experiences. You have the basics like being able to track the position and orientation of the phone without the need for stationary emitters, as well as detecting horizontal surfaces like floors and tables.

Perhaps more interesting, however, is how ARCore can actually observe the ambient light in the environment and use that as a variable in the AR experience. This will allow developers to adjust the the lighting and maybe even color of the virtual objects projected onto the real world, giving it a more realistic appearance and delivering a more believable experience.

ARCore in its current state is still in preview and will only be compatible with the Google Pixel and the Galaxy S8. By the end of the preview period, Google envisions that ARCore will be available on 100 million devices and it’s working with manufacturers to make that possible. Of course, being open source, you can bet that some more enterprising and enthusiastic developers will make that happen sooner.