Archaeologists have made an interesting discovery that sheds light on what types of clothing ancient humans wore. According to the researchers, between 90,000 and 120,000 years ago, humans commonly wore skins and furs from animals like sand foxes, golden jackals, and wildcats. The study’s authors determined the types of skins and furs worn by ancient humans based on evidence gathered from 62 different bone tools found in a cave in Morocco.

From the research, the archaeologists determined that some of the tools weren’t used for food preparation but for creating garments. Like many scientific discoveries, scientists found the tools unexpectedly. What they were looking for were animal bones in an attempt to determine what ancient people ate.

Lead study author Emily Yuko Hallett was going through about 12,000 animal bones when she discovered some with unnatural shapes. She said these bones were shiny and featured grooves or scratches on their surface. Animal bones discarded by ancient people after the animals were eaten, and discarded bones used as tools are distinctively different.

Hallett said that some of the tools had a spatula shape to them. Tools of this type were used specifically because they wouldn’t pierce the skin, which the ancient people wanted to use for protection from the elements. Interestingly, some of the bones found in the cave indicate that the ancient people were removing the skins from local predators. 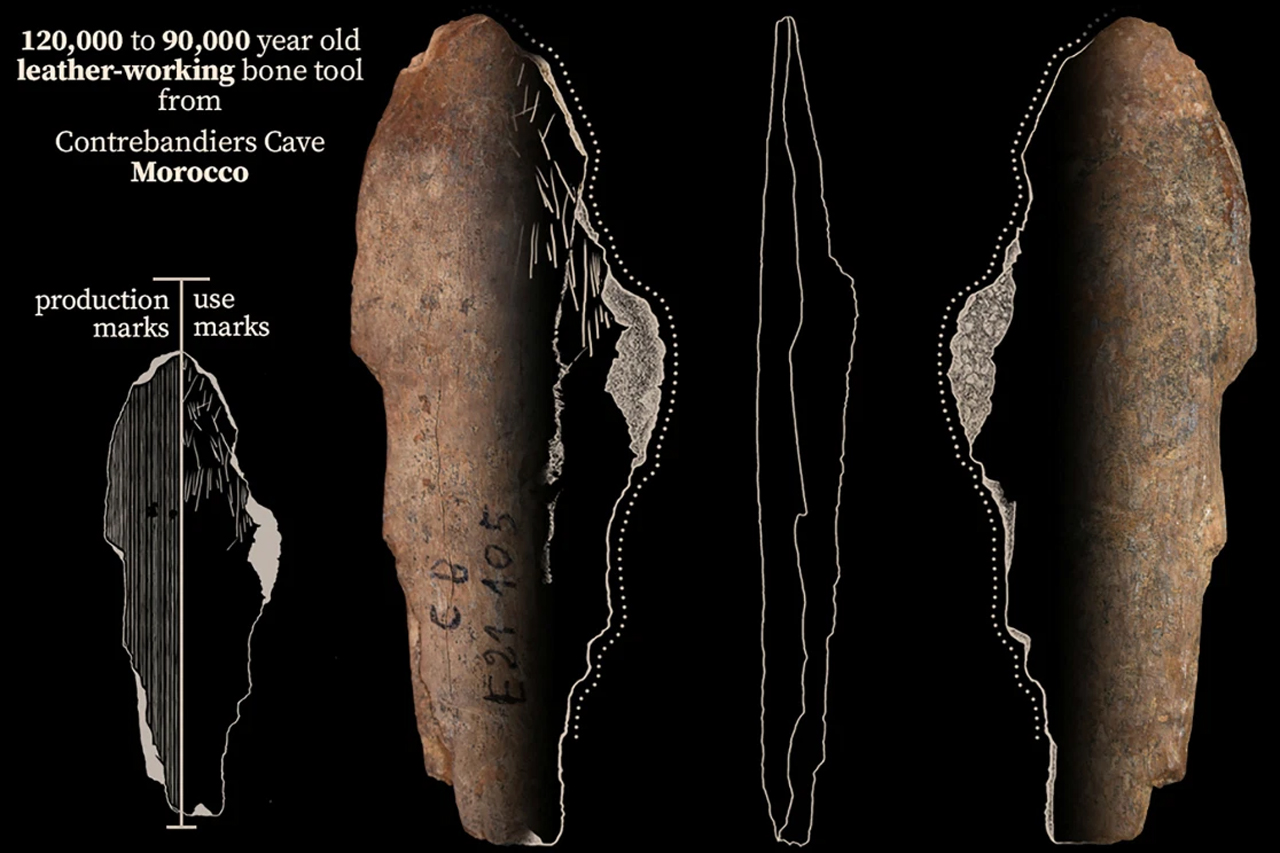 However, other bones found in the cave from animals used for food showed evidence of being used for meat. The most exciting discovery in the cave was the skinning marks noted on carnivore bones, which is a pattern not seen by archaeologists before. Hallett hopes that other archaeologists will begin searching for similar patterns on bones from older sites being excavated.