Apple Watch’s killer feature may be ‘learning’ your stride

If you’ve ever worn a wearable and found it inaccurate, it may have been because you’re weird. Maybe you walk strange, or run kind of goofy. It’s part of what makes you unique, though, so why try to change? In her latest blog post discussing the Apple Watch, Christy Turlington Burns noted a quirk in the Apple Watch; a quirk you might like, weird-running reader. It seems that after a few runs, Burns’ Apple Watch picked up on her strides, ‘learning’ her gait.

If Burns’ claim is accurate, it’s a new feature for Apple Watch, or at least one Apple didn’t talk up in their various on-stage discussions about their wearable. Here’s how Burns phrased the Apple Watch’s learning capabilities:

After you run with Apple Watch and your iPhone a few times, the Workout app knows more about your stride. So you can run on a treadmill or outside without your phone and still get a really accurate workout summary.

In training for a marathon, Burns was unable to get in long-distance outdoor running in while on vacation. That led her to the treadmill, likely highlighting the feature for her.

Billed as a more ‘personal’ device than anything else Apple makes, the existing selling point was customization and fashion, something fitness buffs likely don’t worry about so much. A more contextual device that can adapt to you and your funky gait, though — that’s pretty special. 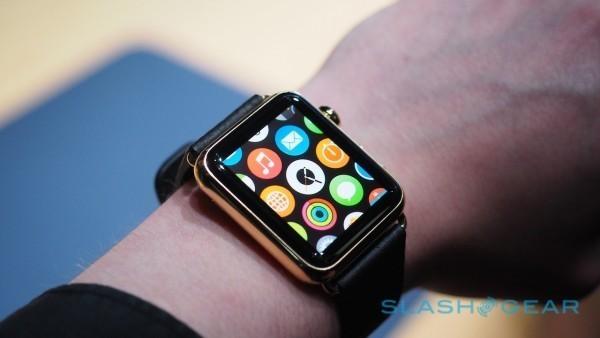 The Apple Watch site proper says the wearable “learns your activity and fitness levels“, which it then uses to “improve the accuracy of your measurements and suggest personalized all-day activity goals“. It doesn’t specifically outline learning your stride, though.

We’ve yet to hear Apple brag this up. If accurate (and not just Burns’ perception of the fitness tracking abilities of Apple Watch), Apple Watch may just have its killer fitness feature. As much as Burns runs (she’s training for a marathon, after all), we’re inclined to believe her. Also, the blog is hosted on the Apple site, so it has likely been combed over ahead of publication.