Following months of rumors, Apple revealed Apple Watch Series 7 during its iPhone reveal event in September. Unlike many of the other devices announced during that event, Apple didn’t give us pre-order and release date info for Apple Watch Series 7 when it was revealed. After making us wait for a couple of weeks, Apple has now announced those details, and they seem to match up with earlier rumors we heard about potential shipping windows.

Apple today announced that pre-orders for Apple Watch Series 7 will open up this Friday, October 8th, at 5 AM PDT. The new watches will then launch a week later, with in-store availability slated for Friday, October 15th. In that way, the launch of the Apple Watch Series 7 mimics an iPhone launch with the week-long gap between pre-orders and availability. 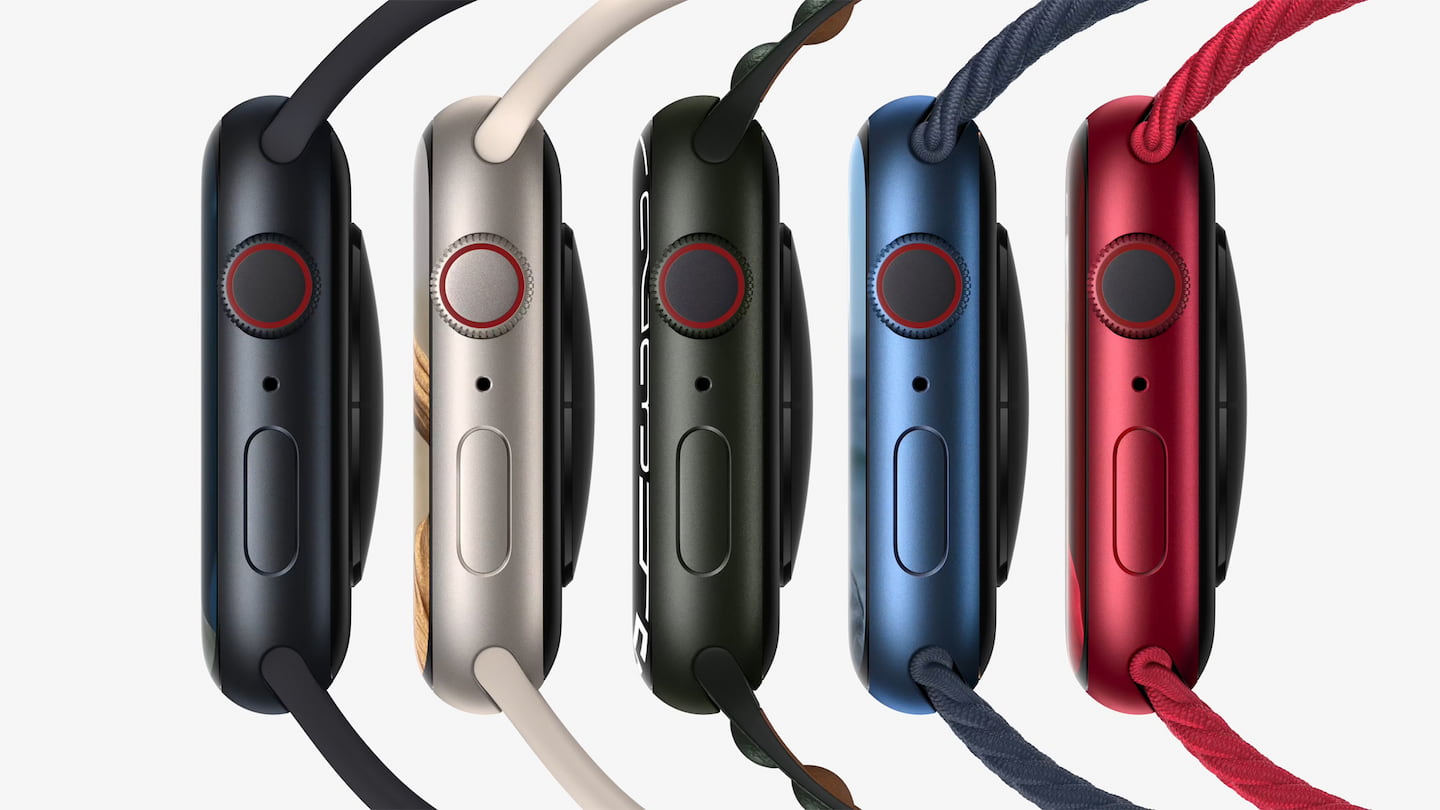 As Apple revealed last month, Apple Watch Series 7 comes with a few different upgrades. Apple says that the new watches come with the “largest and most advanced Apple Watch display ever” even though their dimensions have been “minimally changed.” While these new watches offer similar battery life to past models, we will get faster charging this time around, along with IP6X dust resistance for the first time.

When pre-orders open this week, Apple Watch Series 7 will be available in five different aluminum case colors: midnight, starlight, green, blue, and PRODUCT(RED). In addition, there will be three stainless steel models to choose from – silver, graphite, and gold – along with two Apple Watch Edition models in titanium and space black titanium.