The larger 44 mm series 5 Apple Watch may have not changed that much from its predecessor but, almost ironically, the smaller 40 mm model has a better story to tell. While the innards remain the same, the battery has changed considerably in more than appearance. While the exact reason and effects are still officially unknown, the new aluminum-encased battery in the smaller Apple Watch 5 could be good news for repairing the advanced wearable or at least keeping its safe.

Almost lithium-ion phone batteries, including those inside phones, are covered in a somewhat soft foil pouch, perhaps designed to let the battery safely expand over time. In constrast, the battery inside the 40 mm Apple Watch series 5 is encased inside a more rigid metal case which may be made of aluminum. The larger 44 mm smartwatch still has the exact same traditional battery.

Of course, Apple doesn’t offer any word on the design change but iFixit has a few theories based on a patent Apple applied for back in 2015. For one, the design ironically allowed Apple to squeeze in almost 10% more capacity in the same other space, presumably because the foil pouches have a larger seal and less space inside. 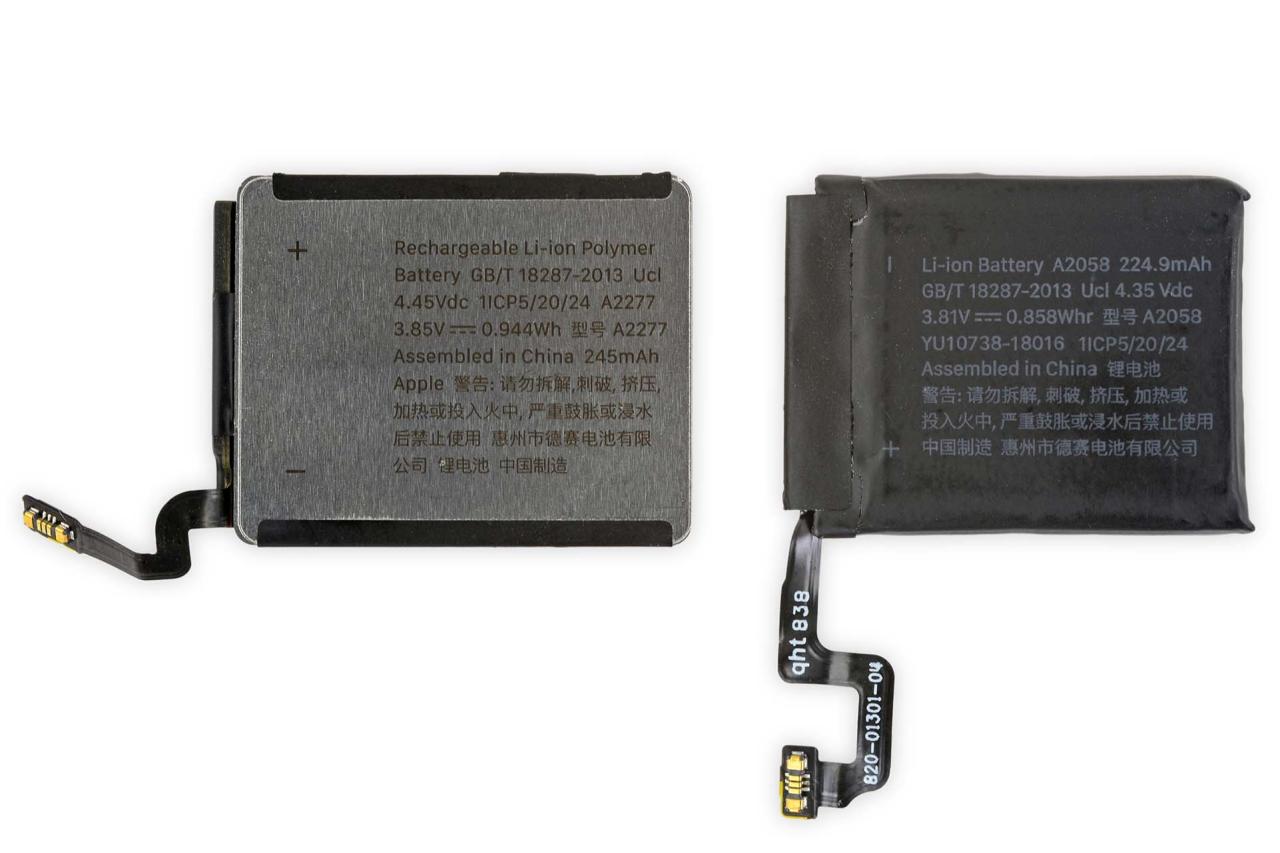 The case also gives the battery more protection in the event the Apple Watch 5 needs to be opened up for repairs. The metal shell also allows the battery to be pried out with less risk. The patent suggests that future versions could forego the glue in favor of screws which would be a better fit for a metal case than a foil pouch.

It’s unknown whether Apple will indeed take it that far, as it still uses lots of glue for the Apple Watch 5, or why it used the older design in the larger 44 mm model. Nevertheless, it’s still an advantage for those who will be doing Apple Watch repairs but, of course, Apple would prefer you use its authorized service centers instead of third-party ones.