Apple Watch 4 will show more content with this resolution

Smartwatches are, by nature, limited. They have to be small and so they can only accommodate so much, especially when it comes to battery and screen sizes. But when it comes to the latter, there is a trick to cram more content in such a limited space. It seems that Apple will be using the trick to allow the Apple Watch Series 4 to show more content by increasing the screen resolution without significantly increasing the screen size.

We’ve already heard last weekend that the Apple Watch 4 will have a larger, info-packed screen. In fact, that leak came via 9to5Mac as well. Now the site is sharing how Apple will be able to accomplish exactly that.

With some snooping and a pinch of math, they suggest that the 42 mm Apple Watch 4 will have a screen resolution of 384×480, up from the Apple Watch 3’s 312×390. Thanks to thin bezels, Apple is able to increase the screen size ever so slightly without making the watch larger.

9to5Mac estimates a pixel density of 345 ppi. What this basically means is that “normal” objects will appear smaller and you can fit even more content now than before. At least that’s the theory and the simulated screenshots below show just much more space is made available. 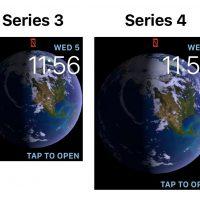 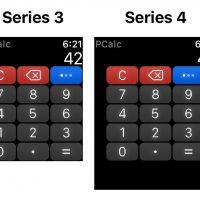 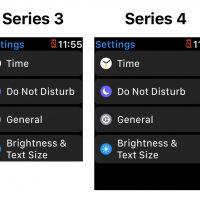 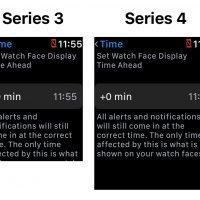 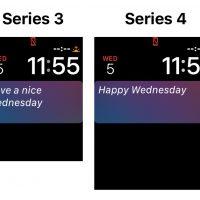 As shown, it’s not something that happens by magic and developers, especially third-party ones, will have to do some work to take advantage of that free space. Some seem to have presumed that Apple will use the same resolution forever and may have used fixed sizes for buttons and the like. Hopefully they can quickly update their apps, otherwise, they will look rather odd on the new Apple Watch when it comes out later this year.