Apple’s WWDC keynote for 2018 is all about software, and one of the apps that’s due for some enhancements is Photos. Apple senior vice president of software engineering Craig Federighi spent a brief time covering what’s new for Photos in iOS 12 (at least compared to the amount of time spent talking about new AR features), but don’t take that to mean that the app isn’t getting some significant updates. In fact, Federighi had a lot to reveal about the future of photos, even though he only spent a few minutes of his larger presentation talking about the app.

Many of these new Photos features revolve around the search function. To hear Federighi explain it, Photos search has been vastly improved. It’ll now begin looking for relevant photos before you’ve completed your search query, and it’ll make improved search suggestions as you try to nail down the specific image you’re looking for. 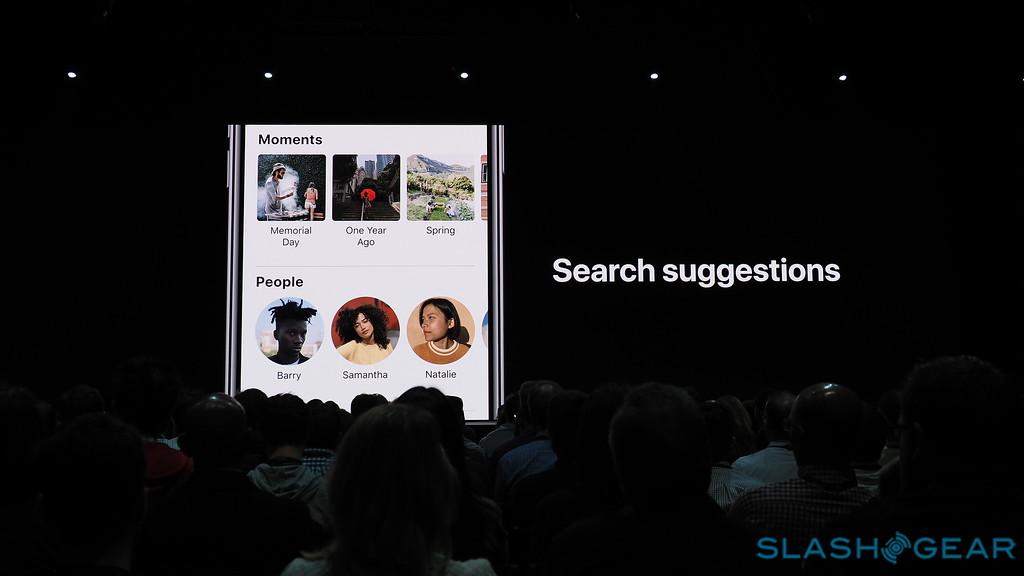 Search results will be organized a bit differently, highlighting key moments, important people, and key places you may have photographed. You’ll be able to search for places by entering business names or even just by entering broad categories such as “museum.” This new functionality extends to events you may have attended as well – Photos will be capable of indexing events by time and place, allowing you to find photos you took at them faster. Finally, we’ll see support for compound search terms, and the app will even suggest additional terms to help narrow things down further. 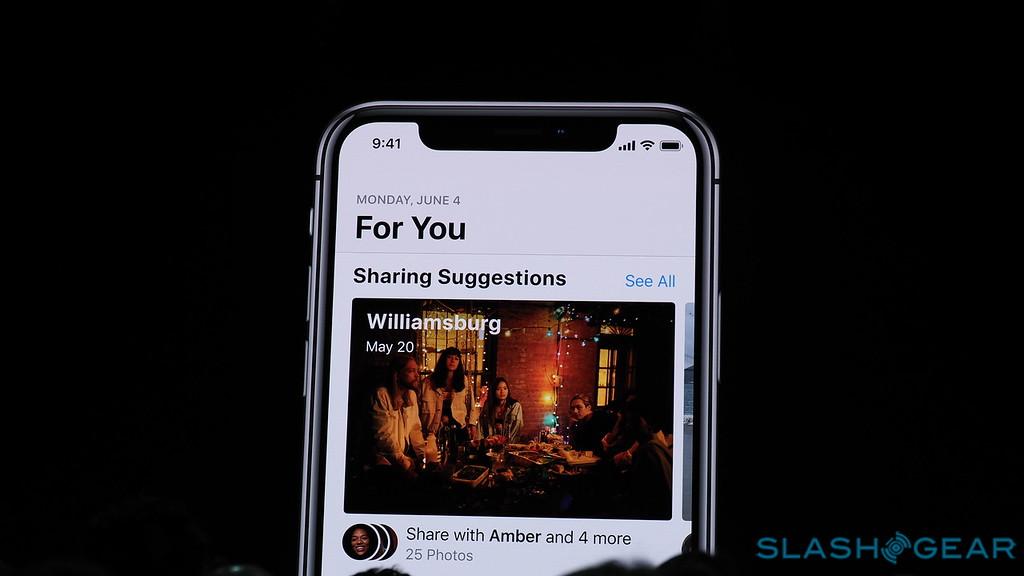 We’ll also see a new “For You” tab launch alongside these search enhancements. Here is where you’ll find photo memories – pictures you snapped “on this day” at some point in the past – as well as featured photos. The For You tab will make effect and portrait suggestions for certain photos in your collection as well. 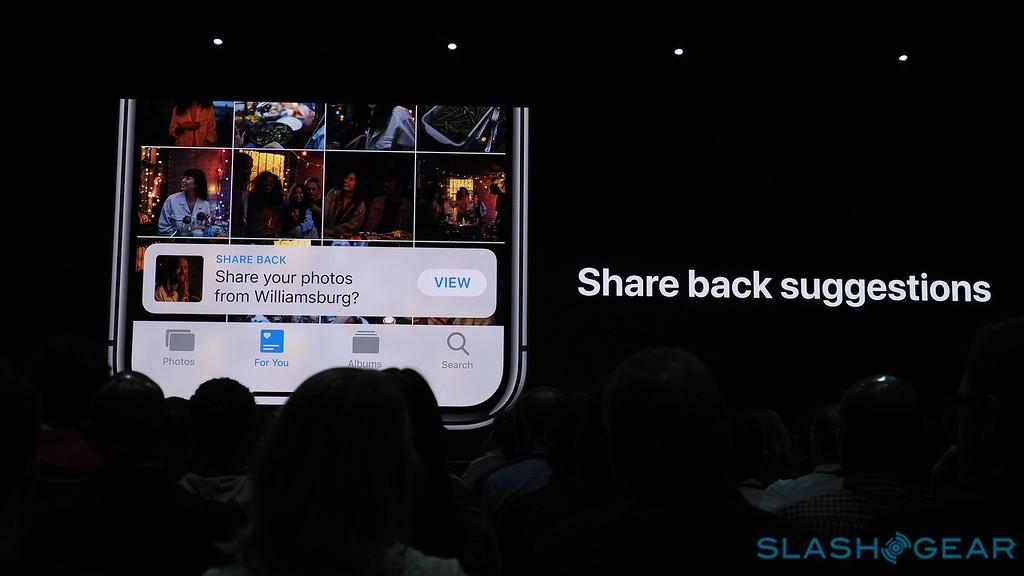 Perhaps the coolest feature in the For You tab, however, revolves around sharing. The For You tab will make sharing suggestions after group events, picking out photos you might want to share and even leaning into facial recognition to identify people who might want to receive them. Photos are shared in full resolution, and this feature makes use of iMessage’s end-to-end encryption and iPhone’s on-device machine learning. It’ll even bug the people you share photos with to send back their own photos from the event or gathering.

All in all, the improvements coming to Photos in iOS 12 sound pretty cool, even though Federighi may not have devoted a lot of time to talking about them. We’ll have more from WWDC 2018 throughout the keynote, so keep it here at SlashGear for all you need to know!