A new patent from Apple has been discovered, but this one doesn’t hint at wild or exciting new features for unannounced products. Instead, this one reveals a practical solution to one of the biggest problems of the MacBook’s keyboard: the tendency for crumbs and dust to build up under the keys, making them difficult or impossible to be pressed.

When Apple debuted its new MacBook in 2015, it was the company’s first laptop to feature a new keyboard with butterfly switches and keys with a very shallow travel distance. While this helped keep the laptop as thin as possible, the problem over time became that once debris like food crumbs or dust buildup did get under the keys, there was nowhere for it to go and no space for the key mechanism to be pressed. 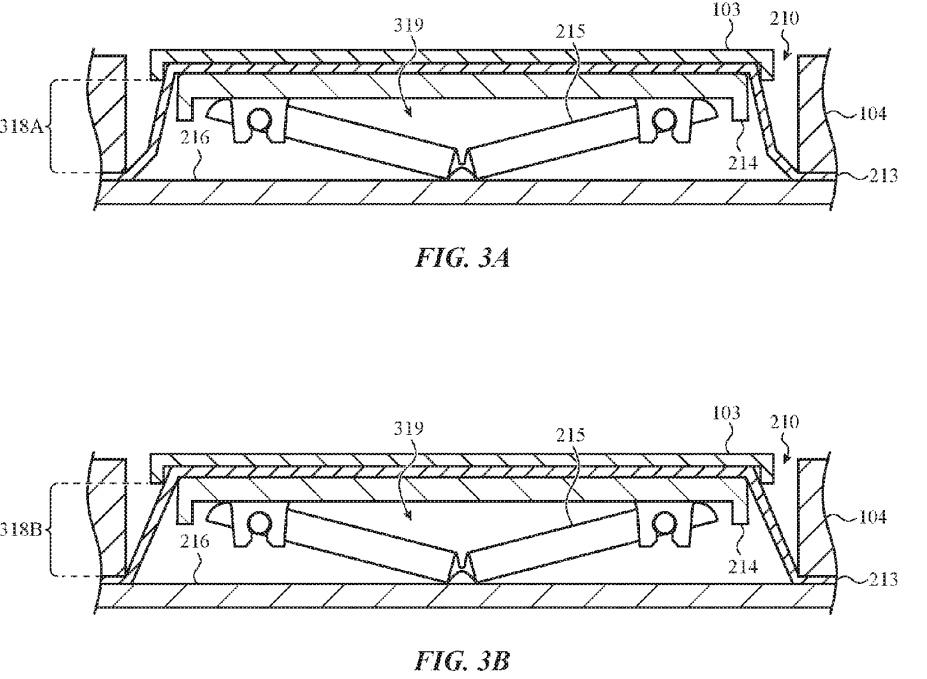 It turns out that Apple filed a patent back in September 2016 — made public this week — that details several possible solutions for this issue. Among these are membranes under each key that either seal off the gaps under the key around the mechanical components, or use tiny perforations that would allow air to be pushed out with every key press and in turn keep debris away.

There’s few other details beyond these basic descriptions, and no solid indication these keyboard designs will be featured in any upcoming MacBook models. But it’s still a positive sign that Apple has been looking into the keyboard issue and may have a solution at some point.