A newly published Apple patent details a laptop that replaces the traditional keyboard and trackpad with a large secondary OLED display. The result, at least based on the patent’s description and illustrations, is a MacBook that retains the typical hinged form factor, but that has two large displays instead of one. The second display could function as an OLED keyboard.

Apple got in on the touch-enabled keyboard functionality with its slim Touch Bar, but this newly revealed patent indicates the company may be planning a much bigger update for future MacBook models. According to the patent, a laptop with two displays could replace the traditional controls with an OLED virtual keyboard. 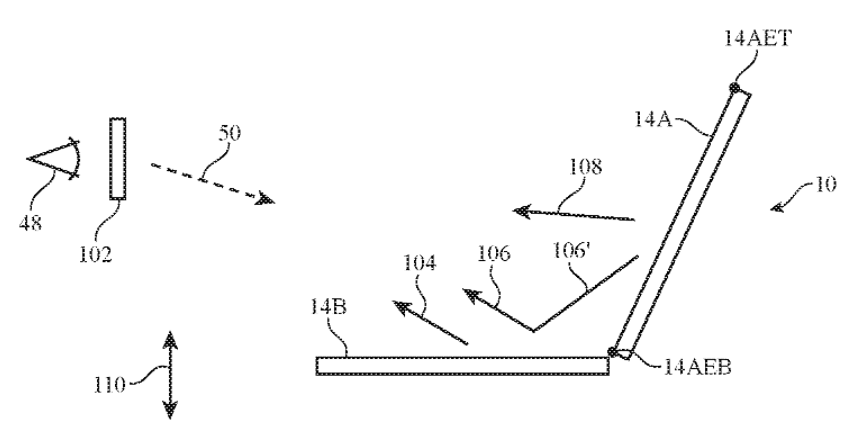 That virtual keyboard wouldn’t be permanently presented, though; the patent indicates this secondary display could also possibly function as a built-in sketchpad, eliminating the need for 360-degree hinges or external drawing tablets.

The patent reads, “Device 10 may have displays such as upper display 14A and lower display 14B. Lower display 14B may extend into area 14B′ or area 14B′ may be used to house components such as a trackpad, keyboard, or other input-output devices (as an example).”

Multiple versions of this machine are detailed in the patent, one having a permanent hinge that results in a typical MacBook with an atypical keyboard. The other version detailed features a magnetic hinge that allows the display to be popped free — possibly either for a 2-in-1 convertible laptop or a future iPad model with a display-based “keyboard.”

Finally, as noted by Patently Apple which first spotted the patent, this document also touches on the topic of being able to view the laptop’s display outdoors via the use of sunglasses and polarized hardware. The full patent can be viewed here.