All you have to do is go anywhere that people who have a penchant for skinny jeans hang out and you will see quickly that there is an issue with some people carrying smartphones as they grow larger. Phones stick out of the pocket of tight jeans everywhere you look. Apple has filed for a new patent and the patent would be for a folding screen smartphone that is able to clip onto your clothing.

That could mean no more walking around with half your iPhone hanging out of your pocket waiting for one wrong move to plummet to the floor and shatter. The patent outlines a smartphone that has a flexible OLED screen that is backed with metal and can be folded in half. The patent in question was granted and is US Patent No 9,504,170 and is titled “Flexible display devices.”

With this patent granted you have to wonder what other firms looking into flexible screen devices will think. The patent shows that the metal support structure is made of nitinol, which is a nickel and titanium alloy that has elasticity and shape memory abilities. There are also alternative materials noted including some flexible polymers. 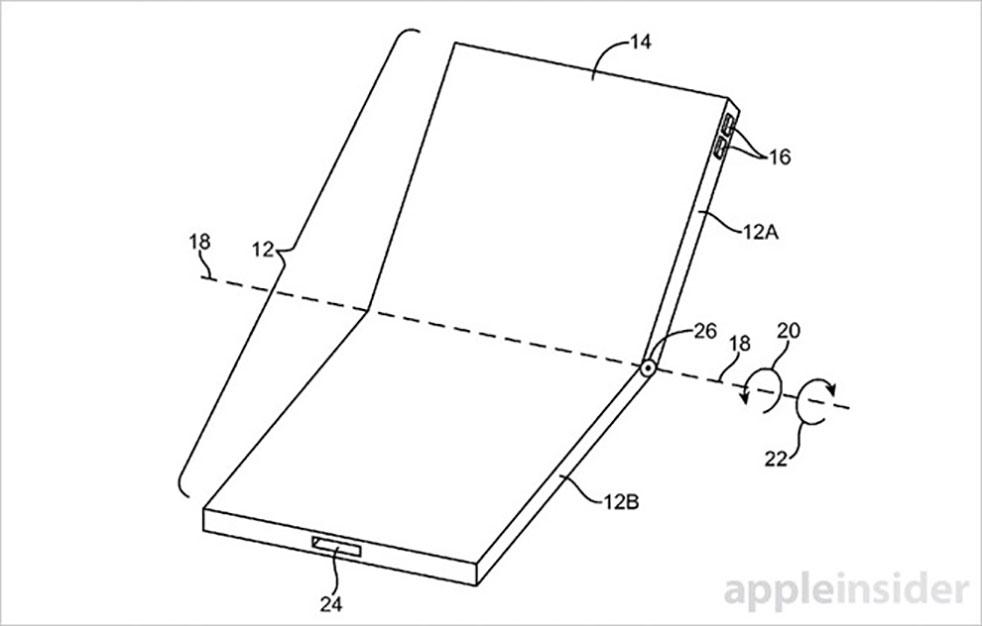 Some of the examples in the patent app show devices that have upper and lower housing sections each containing some of the hardware the phone needs to function. An example is an upper housing with the cameras, controllers for the screen, speakers and other sensors.

The bottom section would hold components like the processor, GPU, mics and other parts. The display would then be installed over the two sections of the housing. One of the drawings shows extra screen tucked inside to allow for two folding options. One has serrated teeth on portions to allow the folded phone to grip clothing and be carried like some iPods on your lapel or pocket. 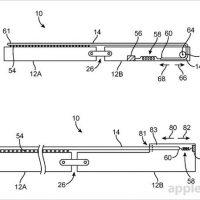 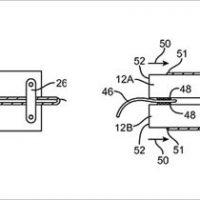 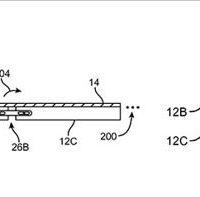 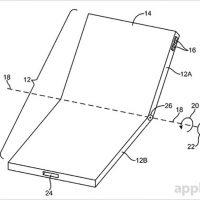