Apple doesn’t really offer any free trials for its iCloud services, but it seems a rare promotion is being offered ahead of this year’s new iPhone models. New and existing iPhone users can get two months of iCloud’s 200GB of storage for free, which is a hefty amount of space but not for very much time. The promotion is only available in the US, unfortunately, as it requires users subscribe to one of the four big carriers (Verizon, AT&T, T-Mobile, and Sprint).

The offer is available now to any iPhone user who doesn’t already pay for iCloud storage space. Apple doesn’t mention how long the promotion will be around beyond a “limited time,” and once the free two month window is over users will be charged $2.99 per month if they don’t cancel.

It appears Apple is timing the promotion around the debut of the new iPhone, when many people upgrade to the newest model, as it uses the language that they can be ready “when your new iPhone arrives.” 200GB is more than enough space for users to safely back up their device’s data and migrate to the new iPhone. It also serves as a way to bring in paying users for Apple’s subscription services. 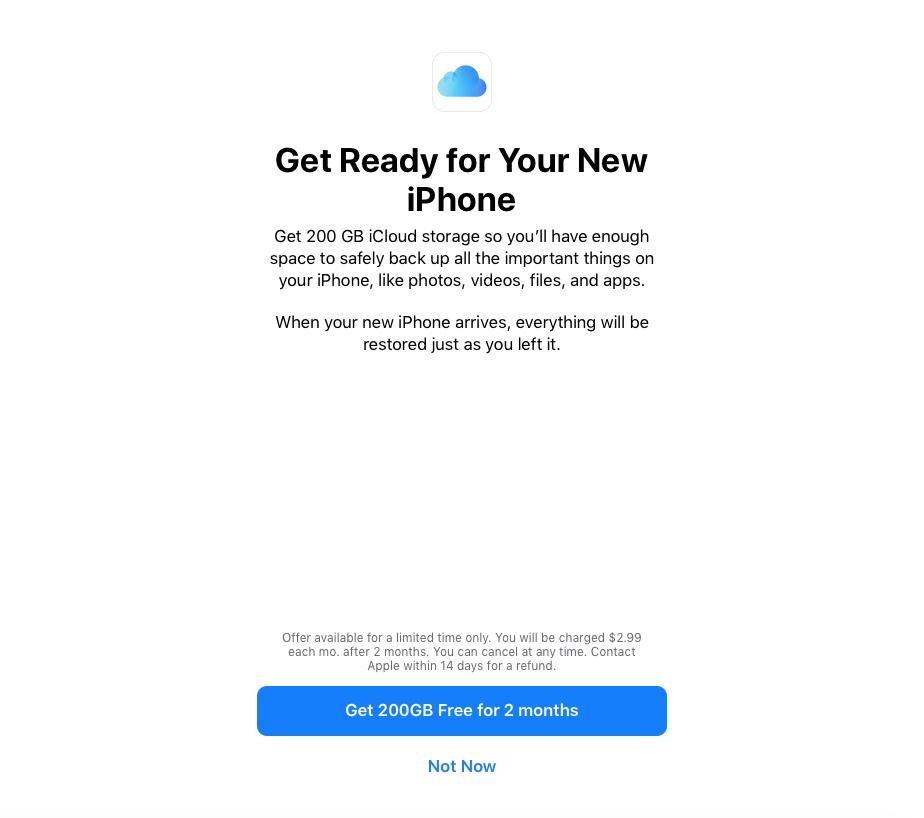 It’s worth noting, however, that this promotion isn’t much of an upgrade over the existing offer for new iCloud subscribers. Users can already get one free month when they sign up for the 50GB, 200GB, and 2TB storage tiers. The extra month is a nice bonus, especially for users interested in trying out iCloud as a storage service, but it isn’t necessary just for the purpose of upgrading to a new iPhone.