The App Store is ripe with apps that support the Apple Watch. Plenty more exist in the backlog, as many Developers note it’s taking longer than usual to see their apps feed through the bottleneck of Apple’s app review process. Today, Apple’s app review guidelines have changed, and the most notable difference affects Apple Watch apps. In the ‘User Interface’ section, Apple now says any Watch app that aims to do little more than tell time will be rejected outright.

The new rule, 10.7, says “Watch Apps whose primary function is telling time will be rejected”.

That’s likely a stopgap measure. Apple doesn’t let Developers create custom watch faces, so an app that simply told time would — in theory — be little more than a watch face. 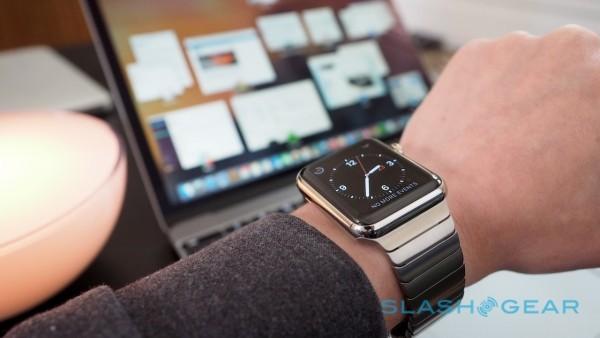 That would also fly in the face of another user interface rule that Developers can’t create apps that are similar to Apple’s own. Apple makes watch faces for Apple Watch, and hasn’t let Developers tap into it’s customization settings yet to create new faces.

Since it was put up for sale a few weeks ago, Apple Watch has seen massive sales figures. Ahead of — and during — the launch, various apps were updated to support the Apple Watch, of which there are now roughly 3,500 for Apple’s wearable.

To date, Apple hasn’t let Developers do much more than create glances and quick-action accompaniment apps for Apple Watch. This very plain rule suggests that when Apple opens the ecosystem up a bit more, we’ll not see watch faces become part of the shopping experience.