Apple’s own Maps app and service were once the laughing stock of the mobile market after it got users lost with incorrect locations and directions. That is, however, now just a distant memory and Apple Maps have become a formidable contender at least for those who live more in Apple’s world. Now it has even taken the lead by finally allowing users to search for COVID-19 testing sites available in the US.

Apple got the ball rolling more than a week ago when it put up a web site precisely for this purpose. The first stage of its new feature was meant for hospitals and healthcare centers to submit information regarding such testing locations to Apple. Now that it has gathered most of what it can, Apple has apparently flipped the switch so that end users can gain access to that information.

Now Apple users can search for “COVID-19 test” or “coronavirus test” on Apple Maps like they would any other establishment. Maps would then give the locations of nearby testing centers. The information for each testing center includes operation hours, directions, and a warning that a doctor’s referral may be needed. 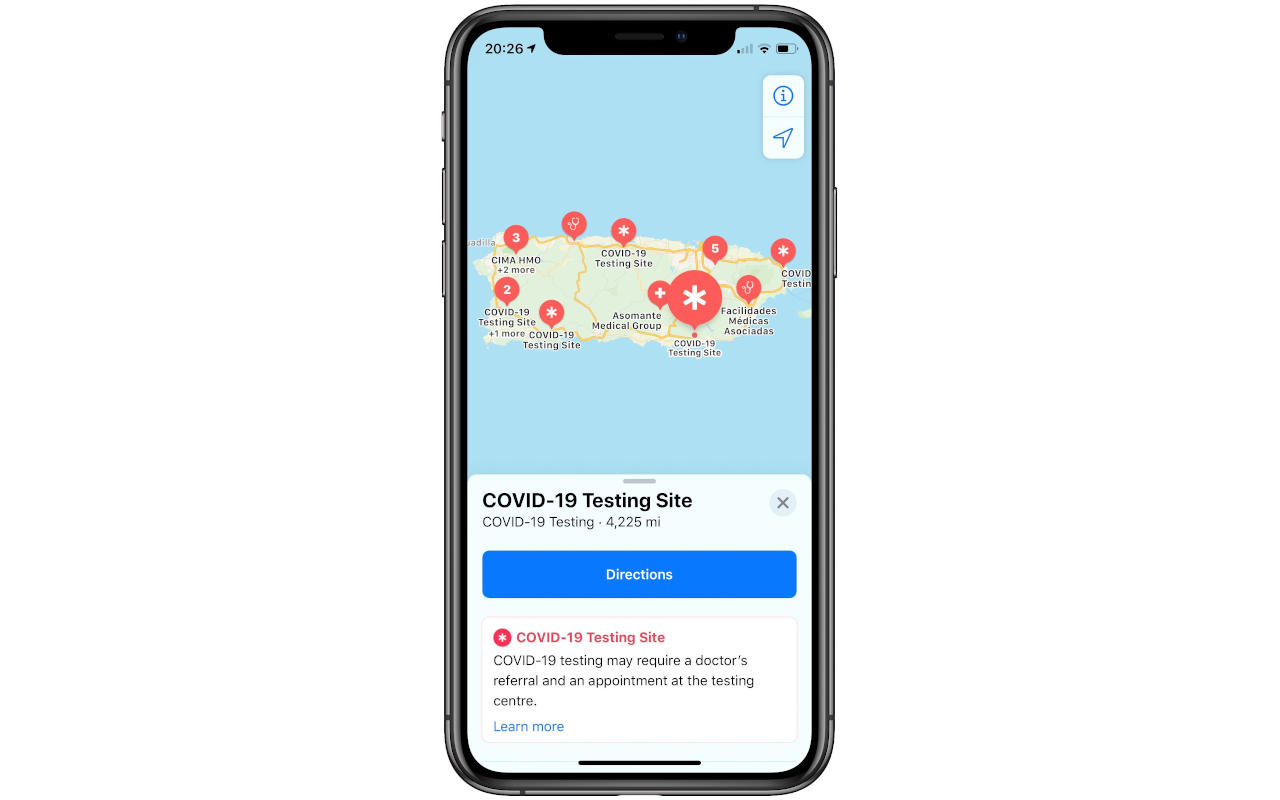 Tech companies, particularly Google, have been looking for ways to help disseminate proper information about testing centers and help ease the burden of workers who have to answer and field such questions over and over again. Google Maps also has its own testing locations feature but The Verge reports that Apple Maps surfaces more locations than Google. It may be the result of Apple directly collaborating with hospitals rather than relying on data simply plucked from the Web.

At the moment, Apple Maps’ COVID-19 testing centers markers are limited to the US and Puerto Rico. Coverage may expand to other countries soon as more and more data is submitted for inclusion into Apple Maps.