Apple could have a fix for its charging cables’ biggest frustration

Most people with an Apple device (or most people with any smart device, for that matter) can tell you stories about charging cables fraying over time. It’s a frustrating issue because not only does it represent money that you’re throwing in the trash can, but until you replace the cable, it’s also a hazard. Apple may have figured out a way to make cables more durable, potentially solving the issue of frayed cables.

As reported by AppleInsider, Apple has filed a patent for a “Cable with variable stiffness.” The abstract for the patent tells us that this cable would include a “cable core surrounded by an outer sleeve having uniform thickness,” which is the first key to this solution. Apple’s patent wouldn’t rely on varying thickness like some cables do, and indeed, it sounds like it wouldn’t need to reinforce the areas where the cable attaches to connectors with bulkier segments, like we see in current Lightning cables. 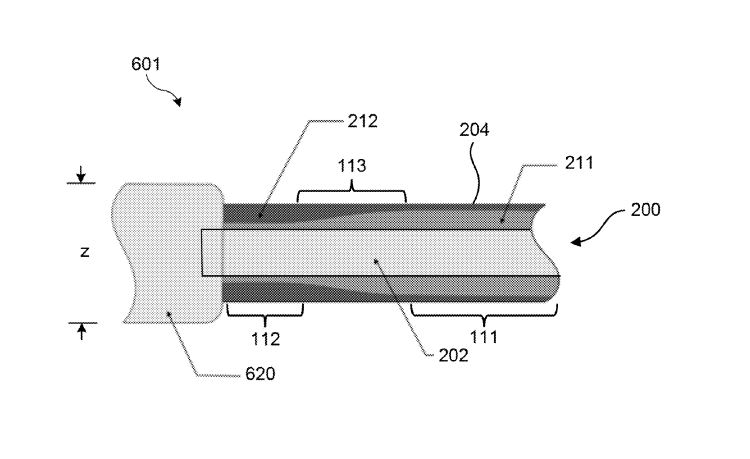 One of the cross-section illustrations accompanying the patent filing shows us what Apple is talking about, with the actual cable running through the center and then being surrounded by different layers of material. Toward the area where the cable attaches to the charging connector, one of those layers (the stiffer second layer) gets thicker without changing the thickness of the cable as a whole.