As promised, today Respawn Entertainment and Electronic Arts detailed Apex Legends‘ incoming Arenas mode. The two companies did this by way of a new trailer that shows off a lot of Arenas gameplay. The trailer didn’t stop at just showing us the Arenas mode, however, as we also got a glimpse at Valkyrie gameplay and the new Bocek Compound Bow.

Arenas is a new permanent game mode that will be available from the start of the Legacy season onward. It almost seems like Arenas is Apex Legends‘ take on CounterStrike, as it’ll pit two teams of three against each other in a deathmatch that plays out over multiple rounds. Before each round begins, players on both teams will have a chance to pick their loadouts by spending resources, so you’ll be able to choose the weapons you want to use each round.

You’ll also be able to spend resources on upgrading weapons with attachments and hop-ups (assuming those are available on the weapons you’re using) or to buy additional tactical ability and ultimate charges. That’s right – in Arenas mode, your tactical abilities and ultimate won’t recharge over time, but rather you’ll have a limited number of uses for all of them. While the weapons you buy won’t carry over from round-to-round, Respawn says that any ability and ultimate charges you buy will.

This is a permadeath mode, meaning that if you die, you’re out until the next round begins. Teammates will still be able to revive players who have been knocked out, but those who have been outright killed can’t respawn. The game is over when one team wins at least three rounds and has a two round lead on their opponents. If the match makes it to 4-4, then players enter a sudden death round where the winner of that round takes the entire match. 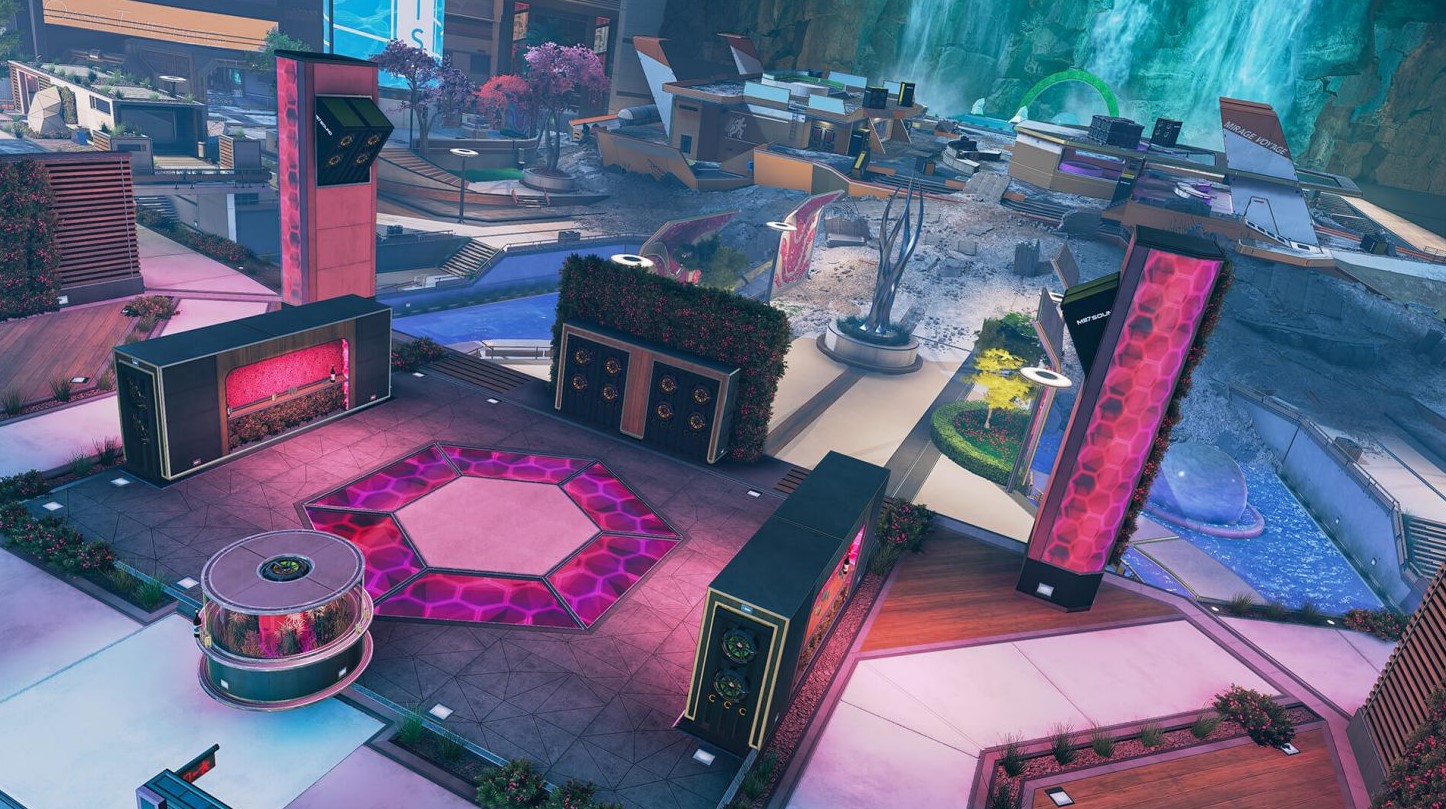 Respawn said today that Arenas will launch with five maps. Three of these maps will be based on existing locations from battle royale maps – Artillery from Kings Canyon, Thermal Station from World’s Edge, and Golden Gardens from Olympus. Two other maps, Phase Runner and Party Crasher, are entirely new and made specifically for Arenas. Respawn says that more custom Arenas maps are coming in the future, so we’ll keep an eye out for those as well.

So, how do you gain resources to buy more weapons and ability charges? For starters, players get an increasing amount of resources at the start of each round, but they’ll also get 75 resources for each enemy kill. Opening resource cannisters scattered around the battlefield will award resources for the entire team. There are also supply bins scattered around each arena will contain healing items, and a care package that will drop as the round wears on and the ring begins to close. 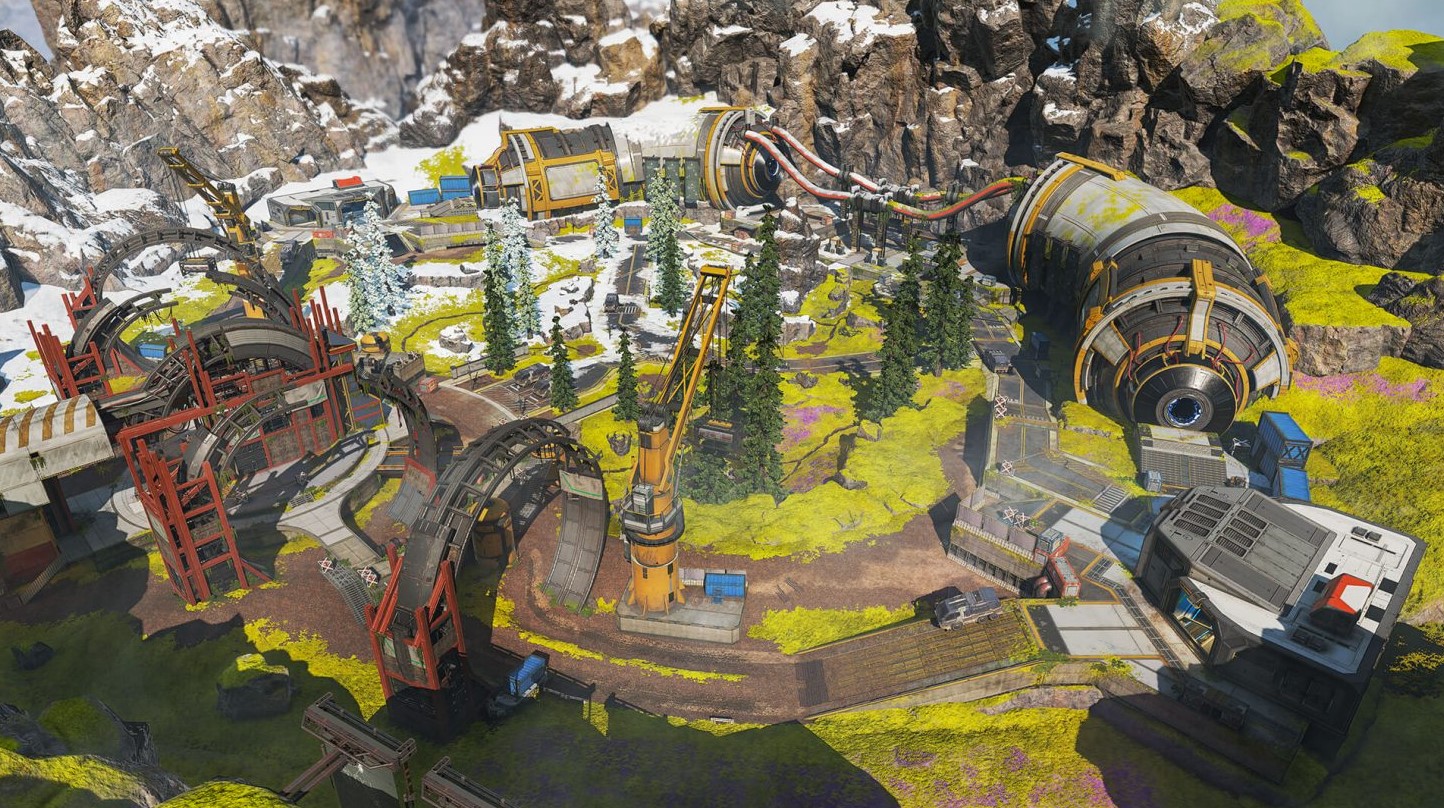 Today’s gameplay trailer also gave us a look at Valkyrie and how she plays – though we don’t have a precise description of her abilities yet, it’s clear that she can fly with the help of her jetpack, which could change the game in a big way. We also got a look at the Bocek Compound Bow, which is a slow firing weapon that seems to deal a lot of damage when shots connect.

So, starting next season, Apex Legends will have a new competitive mode that seems perfect for players who want to go toe-to-toe with other teams without the worry of third-parties entering and tilting the fight in one trio’s favor. Next up, we’re looking for patch notes for Apex Legends‘ Legacy season, which should be arriving alongside the update sometime next week. We’ll let you know when that happens, so stay tuned for more.