Electronic Arts and Respawn Entertainment have announced the Apex Legends Championship Edition, a new version of the free-to-play battle royale title that comes with an upfront cost of $39.99. As you’d imagine, the Championship Edition comes with a number of bonuses, and it seems geared around getting newcomers to the game up and running quickly.

EA also says that the Championship Edition includes “over $100 in exclusive cosmetics.” As far as character skins go, we’ll get Risen Queen for Wraith, Forged Knight for Revenant, and Hallowed Spirit for Crypto. There will also be three gun skins included in this bundle: Curse of the Awaken for the Triple Take, Slayer’s Lancer for the Flatline, and Jaded Myth for the Sentinel. Championship Edition buyers will also get the Emperor Nessy XIV gun charm. 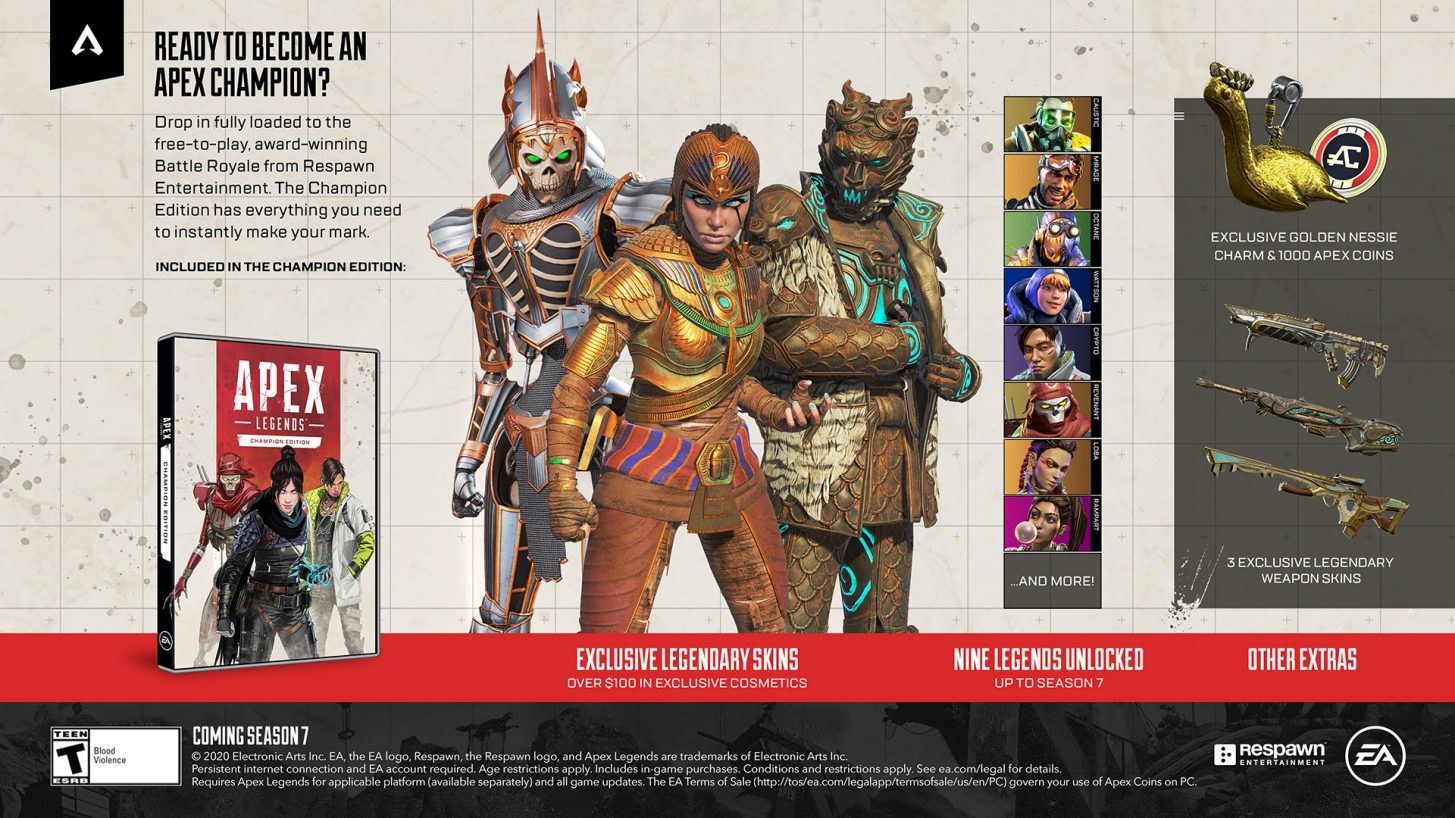 Finally, the Championship Edition includes 1,000 Apex Coins, so buyers can use those to fund more purchases from the in-game shop or pick up a battle pass. The main draw of this bundle definitely seems to be the fact that it unlocks all existing Legends, as it gives players a rather deep character pool from the very start.

We don’t have a precise release date for the Apex Legend Championship Edition yet, as EA and Respawn say it’ll be out at the start of Season 7 – something that doesn’t have a launch date of its own at the moment. We know that the current season will be wrapping up sometime in early-to-mid-November, so we’ll look for more details around then. When it does launch, the Apex Legends Championship Edition will be available for Xbox One, PS4, and PC for $39.99.