A new Kickstarter campaign is seeking funds for Animaionic, an external dock that can accommodate two graphics cards for improved performance. The dock is made specifically for the Mac Mini, Apple’s more affordable and less capable desktop computer. In addition to its support for extra graphics cards, the docking station also supports SSDs for considerably greater storage capacity.

External docking stations designed to increase graphics and storage capacity aren’t anything new. These devices are popularly used by graphics professionals with the MacBook Pro, for example, and Animaionic wants to bring that same capability to the Mac Mini. The accessory was made for graphics artists and other pros who deal with images and videos. 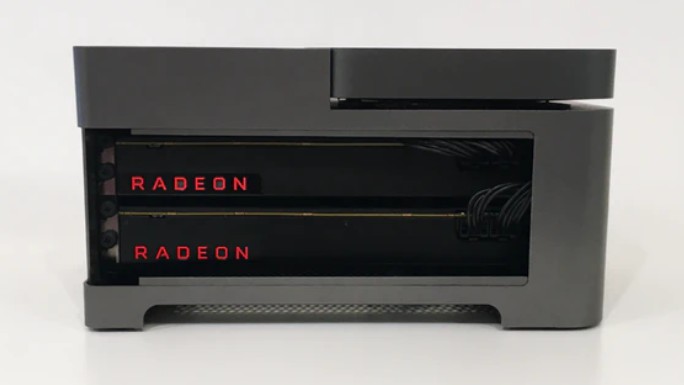 The docking station features a dedicated slot for the Mac Mini to rest on, making the entire structure look more like a large desktop computer. Users can easily transfer content from a camera using the device’s built-in SD card reader, plus there’s the option to add up to four SSDs to the docking station for up to 8TB of additional storage capacity.

Assuming the product reaches its astronomical funding goal of more than half a million dollars, the unit will start shipping to backers in May 2020. The Super Early Bird version of the docking station is priced at around $900 USD, which is said to be 35-percent off the anticipated retail price.